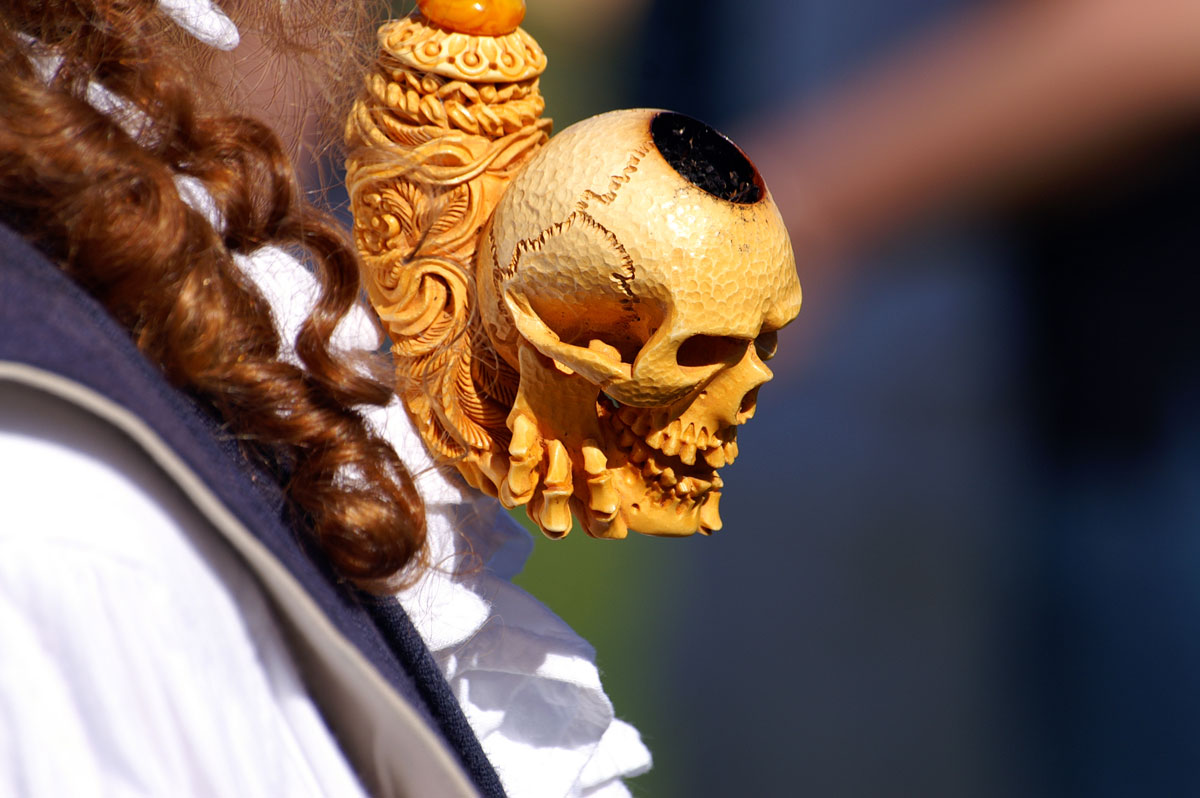 While it is quite evident that historically pirates were drawn to an existence that was wild and free, their hard-partying ways were at the heart of their lifestyle and of course included plenty of smoking, drinking and carousing.  Tobacco use was well-documented and the substance often became a necessity to the average pirate.  An archaeological dig conducted at a known pirate site even showed there was a higher percentage of tobacco pipes found there than any other non-pirate site from the same era.

Pirates used several forms of tobacco, depending on the circumstances at any given time.  Not surprisingly, the most common (and seemingly preferred) method was smoking shredded tobacco leaves in clay pipes because of its simplicity.  They would also roll tobacco leaves into Spanish cigarillos, which are long, thin cigars, and if they found themselves in an emergency without a pipe, they would roll the leaves in a scrap of paper which created a tube to draw the smoke from.  This bad habit eventually developed into some of the first cigarettes.

Tobacco was also chewed aboard ships to curb the appetite or used in areas where open flames were not allowed.  Likewise, snuff, which is ground tobacco flavored with dried fruit or herbs and inhaled straight up the nose, was a popular alternative to burning tobacco, especially below deck.

Although pirate ships were not typically a place where rules were made or enforced, pirates were often subject to punishment if found smoking an uncovered pipe below deck or carrying any candles or lanterns that could catch the ship on fire, and for good reason: an uncontrolled fire aboard a ship run by a crew of perpetual drunks could clearly be a major safety hazard.

Smoking a result of boredom (and hunger)

While at sea, it is likely that pirates would have spent a lot of their idle time smoking heavily.  Considering that pirate crews were generally larger than conventional sailing outfits, which typically equaled less work needing to be done by each individual, pirates had a lot of free time on their hands.  Contrary to many Hollywood portrayals, pirates were not spending all of their time sword fighting, so whether sailing from point A to point B, waiting to attack or to be attacked, or just sitting around on the ship, they likely spent a good amount of time with their trusty tobacco.

Although today there is much discussion about the harmful effects our everyday choices can have on our bodies, from unhealthy diets to consuming too much alcohol and of course smoking tobacco, pirates never would have considered their lifestyle to be hazardous to their health.  They rarely lived long enough for their bad habits to catch up with their bodies, or at least for too many symptoms to present themselves.