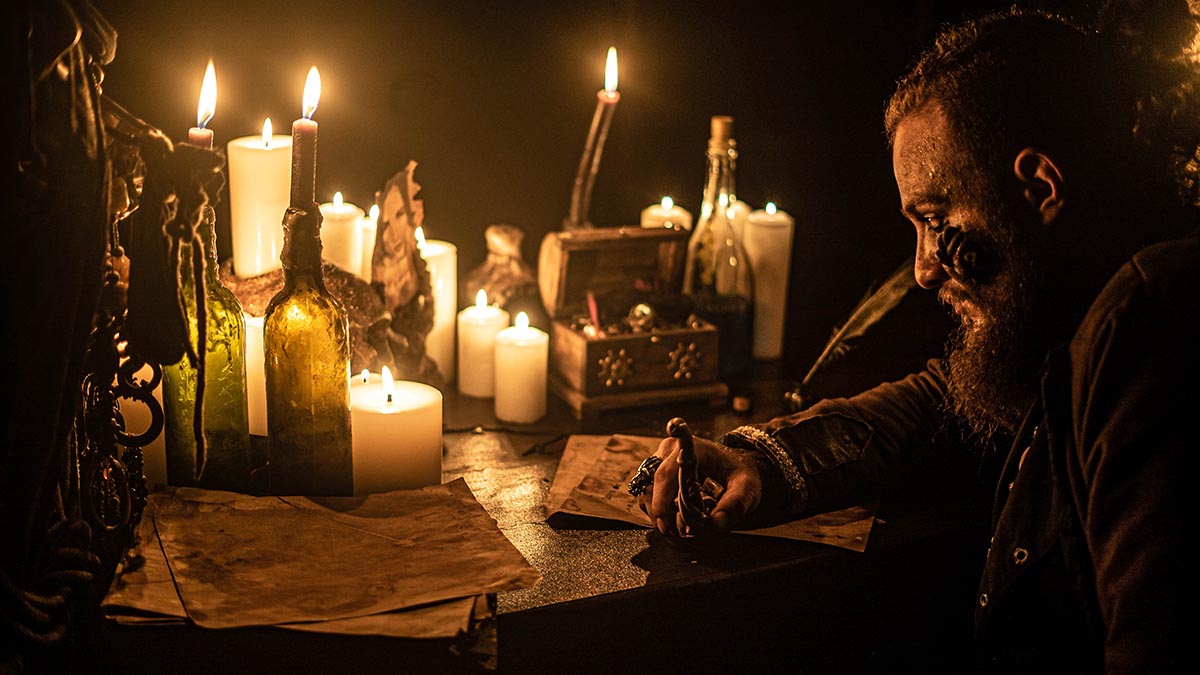 Do you love reading and want to learn more about real life pirates? During the Golden Age of Piracy that occurred during the 16th and early 18th centuries, pirate activity was at its peak.  Over time, novelists began writing down pirate tales that were previously only shared verbally. As a result, some of the most famous pirate’s lives and their adventures became captured in books we can enjoy today. For a pirate experience today, check out the Jolly Roger Pirate ship tour in Cancun. It’s a top Cancun tour that visitors rave about. Meanwhile, read more below about 5 pirate books that are based on real life pirates.

1)  The Pirate Hunter: The True Story of Captain Kidd

The Pirate Hunter is a classic pirate book about a famous pirate hunter and Scottish naval captain named Captain Kidd. While there is not much known about many of the pirate hunters, this book contains legitimate information from historical documents, testimonials, and court files. The result is an authentic novel about life as a pirate hunter in the late 17th century. If you are interested in pirate hunters that went after the most dangerous pirates at the time, this book is a great read.  Kidd was ultimately executed for piracy after returning from a voyage to the Indian Ocean, although many people believe that he was wrongly convicted.

2) Under the Black Flag: The Romance and the Reality of Life Among the Pirates

Next, Under the Black Flag was written by David Cordingly who was the head of exhibitions at England’s National Maritime Museum. This book contains true historical events of pirates and the men who tried to stop them. There are many historical records taken from original documents. Plus, this book discusses modern pirate myths and helps to separate fact from fiction. This book includes interesting pictures, maps and historical documents, too. If you really want to understand what a regular day was like for a real pirate, read Under The Black Flag.

3) A General History of the Pyrates

A General History of the Pyrates is a popular pirate book that has detailed descriptions of pirate adventures and their daily lives.  In fact, this book is regarded as the first literary work that piqued interest in pirates. There are in-depth details about 17th and 18th Century pirates that wreaked havoc in the Caribbean Sea. Set during the Golden Age of Piracy, the book includes references to pirates without legs, eye patches, buried treasures, and elaborate “Jolly Roger” flags that we still associate with pirates today. This book was a critical book that defined the modern opinion of pirates. It also served as a guide for other authors who later wrote pirate novels of their own.

4) Pirate Hunter of the Caribbean: The Adventurous Life of Captain Woodes Rogers

Pirate Hunter of the Caribbean is a book centered around pirate hunter Captain Woodes Rogers. Captain Woodes Rogers was a professional pirate hunter whose life was dedicated to hunting pirates across the Caribbean and Atlantic. This novel also covers various subjects around pirate life including the general history of that time period, and political and economic environments that played a role in the rise of piracy.

5): The Whydah: A Pirate Ship Feared, Wrecked, and Found

Last but not least, The Whydah was a pirate ship commanded by the eagerly fearless pirate Black Sam Bellamy. Also known as the Prince of Pirates or Robin Hood of the Seas, Bellamy terrorized the Atlantic during 1716 and 1717. The Whydah pirate shipwreck was discovered in 1984 and inspired the book. This book offers an insider’s view into Pirate Bellamy’s life and pirate adventures. The Whydah discusses the harsh realities of pirate life, and also exposes pirate myths and stereotypes. During his heyday, Bellamy and his crew amassed a great fortune, but ultimately his ship sank.

We hope you enjoyed this list of 5 pirate books to read. Check them out and let us know which you liked best and why?  If you want to live like a pirate for the day, book a tour on the Jolly Roger pirate ship adventure in Cancun. One of Cancun’s top tours, the Jolly Roger pirate ship is a 17th century replica pirate ship that takes guests on an adventure through the Caribbean Sea. Tour attendees will be treated to world class entertainment including live music, pirate acrobatics, a gourmet meal and a premium open bar. They also have COVID safety measures in place to keep guests safe.  It’s guaranteed to be one of your best Cancun vacation memories. Contact the Jolly Roger pirate ship and book your tickets today as space is limited!