Despite what people say, pirate ships were actually highly disciplined environments; after all what were pirates but a sea-bound, self contained army. In fact, among the more successful crews, the ideal of “honor among thieves” was very much a reality. 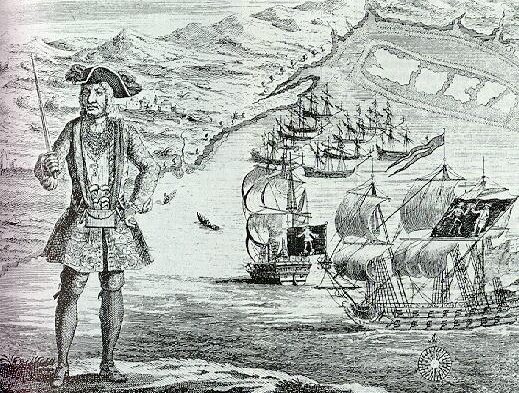 Honor Among Thieves
Set out by Bartholomew ‘Black Bart’ Roberts in 1721, the Pirate Code of Conduct included strict rules about gambling, women, the splitting of profits and even afforded all pirates an equal vote in important matters. You could say pirates were a democratic bunch! Seen as an agreement between a pirate captain and his (or her, if she was in disguise) crew, the Pirate Code of Conduct was expected to be honor by all pirates. By honoring the code, it was believed that the pirates had the best chance of succeeding in the long term.

In fact, when you look at a Code-following pirate ship you are looking at one of the earliest democratic socialist environments. Wounded or injured pirates were afforded a pension, depending on the severity of their wounds, and any many hurt too badly to fight were given monetary compensation, which was an appropriate amount for their injury. Men were punished harshly for fighting on board and no man was allowed to leave the company of pirates before every member had a minimum share, which was also prescribed. Pirates may have made their living by raiding and battling against the powers-that-be but, by all accounts, they took care of their own and the captain’s authority ruled on the pirate ship like a monarchy.

The pirates code of conduct, as set out by Black Bart in the 1700’s, has become somewhat of a fairy tale in its own right and the subject of Hollywood directed conversations and novelized sagas. But it was, in fact, quite real and provided protection for the pirates who followed it.

Of course those who broke it by fighting, gambling, or helping to hide the gender of aspiring female pirates found themselves, very quickly, on the wrong side of their Captain. Argghh!