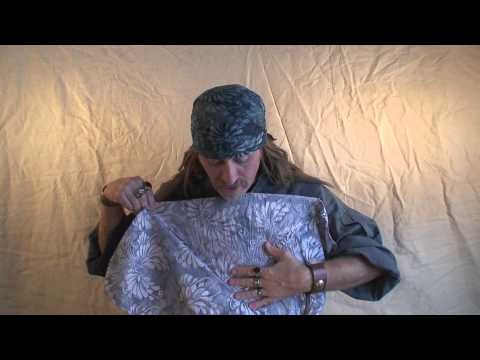 When you join us on the Jolly Roger Pirate Ship, don’t be shy. Join in on the action and look the part. Here is a quick and easy tutorial about how to tie a headscarf like a real pirate with a bandana or cloth of your choice.

Did you know that pirates used a headscarf to keep sweat from entering their eyes and to protect their long hair from getting caught in the rigging? Well that is the myth. Some historians claim that pirates didn’t wear headscarves at all and that the bandana was worn around their neck. Another theory is that the headscarves for pirates became popular in the Caribbean to protect pirates’ heads from the glare of the sun up on deck.