Life as a pirate during the golden age of pirates was no bed of roses. If you stepped out of line as a pirate you were, at the very least, likely to be flogged or, at worst, marooned on a Caribbean Islands to die of thirst and heat exhaustion. Although pirates were democratic in as far as the way the ship was run and how booty was divided, pirate punishments ensured that there was a hefty penalty for betrayal and insubordination. 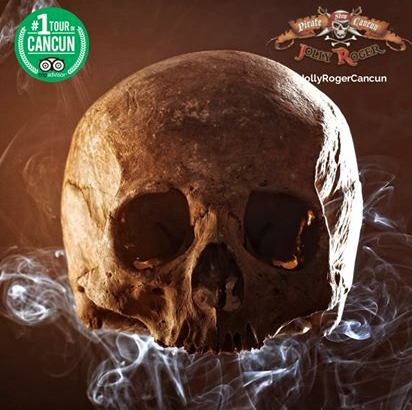 Popular Pirate Punishments of the 16th and 17th Century

1 – Flogging
Flogging with a cat o’ nine tails (with a rope’s end) was perhaps the most common form of punishment for mild indiscretions upon ships, although it was less common on pirate ships because it was associated with the discipline enforced onboard naval vessels.

2 – Dunking
More of a tradition than a punishment when crossing the equator. A pirate was attached to a wooden beam and dunked into the water repeatedly. When performed during a ceremony, this was seen as an honor, when performed as a punishment, you would be sure that the dunking was a lot harder and deeper.

3 – Tied to the Mast
A typical pirate punishment was to tie the perpetrator to the pirate ship’s mast for a set length of time. Sometimes, a misbehaving pirate or enemy was tied to the mast while being flogged.

4 – Walking the Plank
Made famous by books and movies about pirates, walking the plank remains one of the most commonly named pirate punishments when in fact it was a very infrequent occurrence.

5 – Sold as Slaves
A typical punishment for pirates who had breached the pirate code or trust was to be sold into slavery. There were many slave plantations in the Caribbean and on the Eastern Coast of the Americas where slave trading was a legitimate economic activity.

6 – Marooning
Being marooned on a desert island meant certain death for pirates and sailors alike, unless rescued. Pirate offenders were left to die without water and food on uninhabitable islands. Pirates were given, however, means to commit suicide, being left with a knife or pistol to put an end to the torture of marooning.

7 – Keelhauling
Worse, perhaps than being marooned, the torturous death brought about by Keelhauling was a fate no pirate wanted to experience. A rope was tied beneath the belly of the ship and the offending pirate would be tied to the rope and hauled underwater, dragging underneath the pirate ship. The ship’s hull, covered in sharp barnacles, would cut like razors making for a very slow and painful death.

So, you’re excited about your vacations in Cancun, you know where you are staying and your bags are packed in your mind. Now you have…