Top 5 Pirate Movies You Must Watch 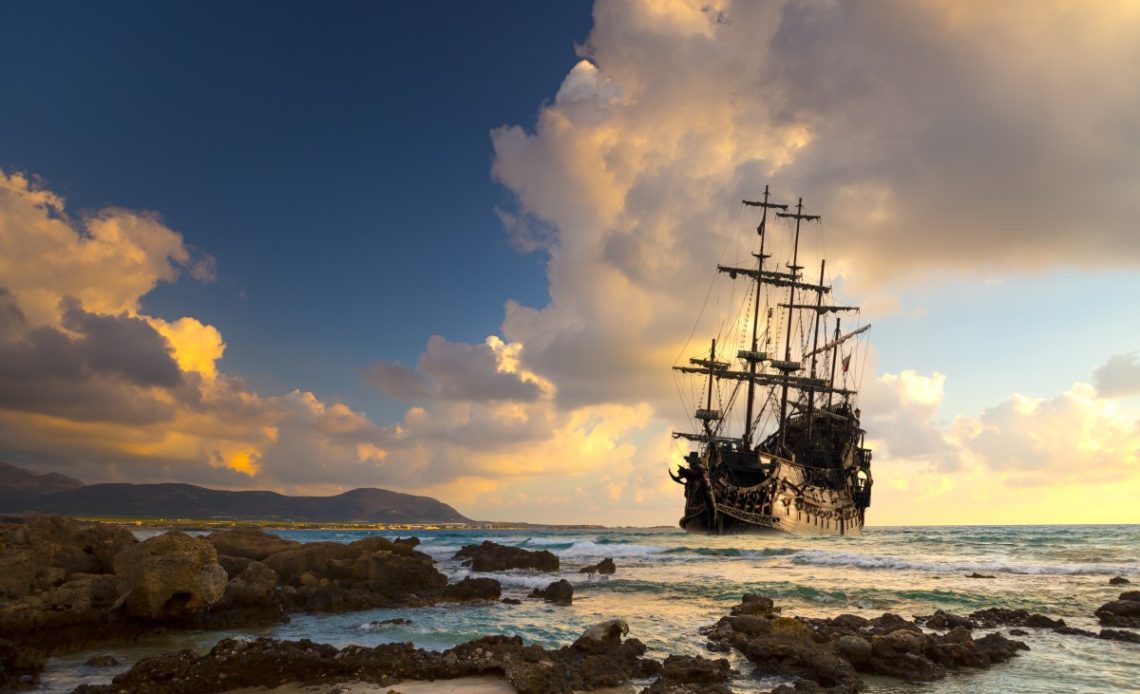 Are you a fan of watching movies? If so, do you also love pirates? If you do, you may be wondering what are the top pirate movies of all time. Pirate movies tend to be full of action and adventure. If you aren’t sure where to start, keep reading below. We have compiled a list of the top 5 pirate movies you must watch. Read our list below and let us know which was your favorite and why.

Pirates of the Caribbean

For starters, you may be wondering who is the most famous pirate in a movie? Many people consider Jack Sparrow from the Pirates of the Caribbean to be the most famous movie pirate. Pirates of the Caribbean is an American fantasy series of movies produced by Jerry Bruckheimer. The pirate movies are based on Walt Disney’s theme park attraction that goes by the same name. The first ‘Pirates of the Caribbean’ movie was released in 2003 and was a huge success. In all, there are five ‘Pirates of the Caribbean’ movies with a 6th movie slated to be produced in the next year or so. In each movie, the plot primarily follows the many adventures of characters Captain Jack Sparrow, Will Turner, and Elizabeth Swann. If you didn’t notice before, Jack Sparrow has a red spot on his jaw in the first movie which is supposedly a joke between actor Johnny Depp and the makeup department. Rumor has it that the red spot is supposed to represent a syphilis sore, and progressively gets worse in each film.

Secondly, The Princess Bride is considered by many one of the best movies of all time. Based on the William Goldman novel, the movie’s plot revolves around a princess named Buttercup who is deeply in love with a farm boy named Westley. However, Westley has to leave to look for work and gets attacked by a pirate. Once separated, Westley works hard to find Buttercup again after a long separation and save her. Together, they battle many evils in the mythical kingdom of Florin in order to be reunited once again. The fairytale story is full of drama, adventure, fun, romance, and magic. There are pirates and sword fights and even screaming eels, but the underlying theme revolves around true love. Many people claim the film is a perfect balance of romance, artfully choreographed swordplay, wry satire, and imaginative fantasy.

Next, in 1988 Treasure Island is a Soviet animated film that is based on the adventure novel written by Scottish author Robert Louis Stevenson. Treasure Island is a pirate movie that tells a story about pirates, buccaneers and buried gold. Considered a coming-of-age story, it is well regarded for the action sequences and complex characters. The film contains mainly traditional animation and some live action sequences. A few years later in 1992, an American version of the film called “The Return to Treasure Island” was released direct-to-video.

If you want a dramatic pirate movie based on a real story, you should watch Captain Phillips. The 2013 American biographical action thriller film is directed by Paul Greengrass. On Wednesday, April 8, 2009, four Somali pirates hijacked a U.S.cargo ship known as Maersk Alabama. Somali pirates attacked the Maersk Alabama while it was en route to the country of Kenya. Richard Phillips was the captain of the ship and used his wits to negotiate with the pirates in order to save his crew. Then, Captain Richard Phillips was held hostage for five days before he was rescued on April 12 by Navy SEAL snipers. Today, he is the sole survivor of four pirates who hijacked the Maersk Alabama. On 16 February 2011, the pirate known as Muse was sentenced to 33 years and 9 months in U.S. federal prison when he was incarcerated on piracy charges.

Last but not least, another top pirate movie is Hook. Produced in the 1990’s, the storyline revolves about Peter Pan’s children when they are abducted by Captain Hook. As a result, Peter Pan is forced to return to Neverland. He enlists the help of Tinkerbell and the Lost Boys in order to battle against Hook to save his children. Captain James Hook is a fictional character and the main antagonist from J. M. Barrie’s 1904 play Peter Pan, which has also been called the Boy Who Wouldn’t Grow Up. Hook is Peter Pan’s archenemy, and the pirate captain of the brig Jolly Roger. The pirate movie “Hook” is a story of redemption and shows how Peter Pan recovers his past by reclaiming his inner child in order to save his family. The movie contains a moral lesson that no matter what you do, there’s always someone that believes you can change for the better.

We hope you enjoyed our list of the top 5 pirate movies you must watch! If you want to learn more about pirates, why not spend a day on an authentic pirate ship replica? In Cancun, Mexico, you can find the Jolly Roger pirate ship tour. The 17th century replica pirate ship is the setting for one of Cancun’s most popular tours. Visitors will enjoy a day full of world class entertainment including singing, dancing, and dramatic acrobatic fight scenes. Plus, there is a delicious gourmet meal that is served along with a premium open bar. Both day and evening tours are available. Make sure to book your Jolly Roger pirate ship tickets in advance as space is limited!