On September 19th, it is International Talk Like a Pirate Day, and this is the best day to have some fun and speak like a pirate. If you would like to channel the pirate inside of you, learn the talk, then read below and see the tips to help you speak like a pirate. 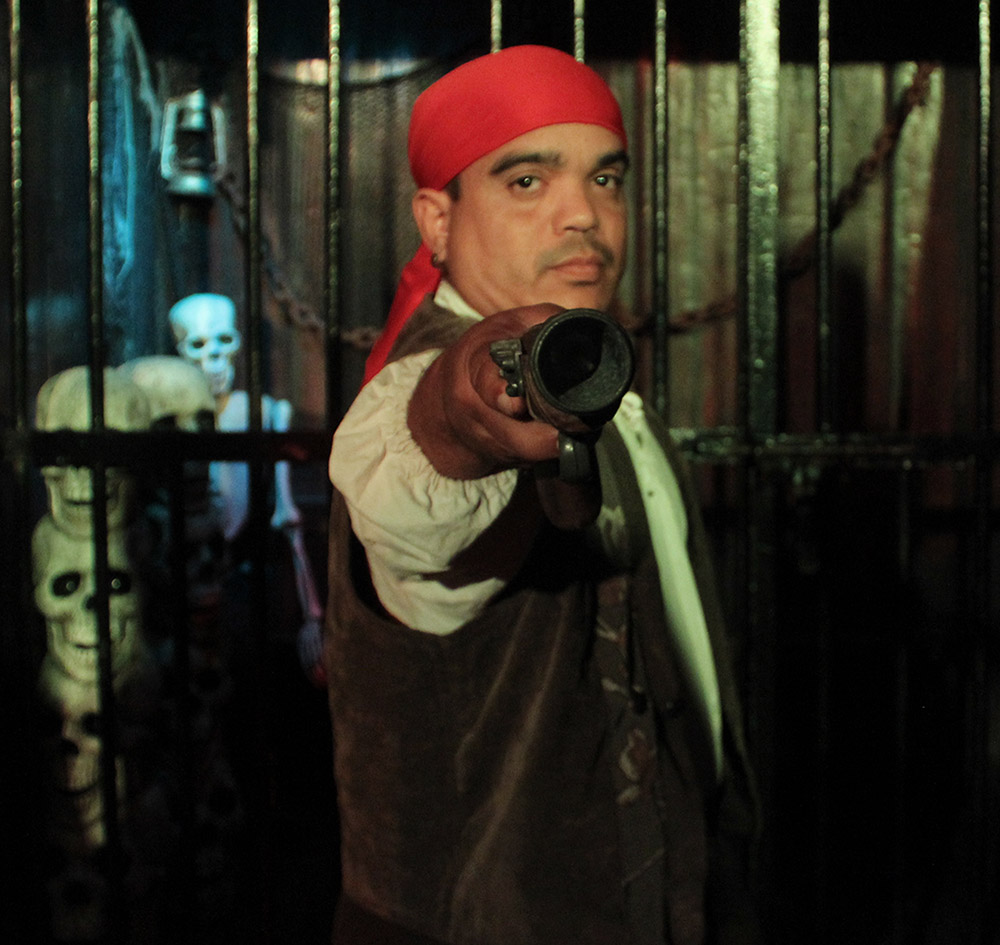 Start your sentences with “Ayy me Matey” or you can start off with “Arghhh”. This is a great beginning to speak like a pirate. Once you are in the pirating mood, then get everyone standing on their feet.

You should have the look that a pirate does, so your pirate talk will be combined. Start off by opening your mouth on one side, then gritting your teeth. Start off with a low growl, then when you have the speaking down, then start speaking confidentially like a pirate. Pirates aren’t shy, because most of them are drunk, so don’t be shy.

Many pirates don’t swear a lot, because they have more creative language, so don’t start off by saying, “You smell like an a**!”, but instead say, “Ayy me Matey, ye look like and smell like ye bin a livin’ in the sewers”.

All pirates speak without using the “G” at the end of the word such as “comin” and “lootin”. Doing this give you the pirate accent known worldwide. Also, pirates don’t say “and” or “of” or “even” either. They say a statement as such, “Me pal n’ I be headin back o’ ship”. Simple, right?

Pirates like to exaggerate when they are talking and describing something. A pirate walks that thin line with the truth and telling a lie. A pirate wouldn’t say, “oh we saw a large shark”, but they would say, “me and me happy crew peered inside the big jaws o’ the beast of tha ocean”. Just add a bit of effect and exaggeration.

Last, but not least, when you are speaking like a pirate you should always slur your words as if you are drunk. Pirates aren’t stupid and always drunk. Look at Jack Sparrow who always sounded like he was drunk throughout the movie “Pirates of the Caribbean”. Pirates just like to talk with a slur as it adds character. Try adding some of your words together to add character and authenticity.

Remember, just have fun and channel the inner pirate swag when you are speaking like a pirate, then go out with your friends on the Jolly Roger Pirate Ship boat tour when you vacation in Cancun and join the crew and speak like a pirate.

Did you know that the world’s oceans cover more than 71% of the earth’s surface, and account for over 97% of all the water…