Who Was The Gentleman Pirate? 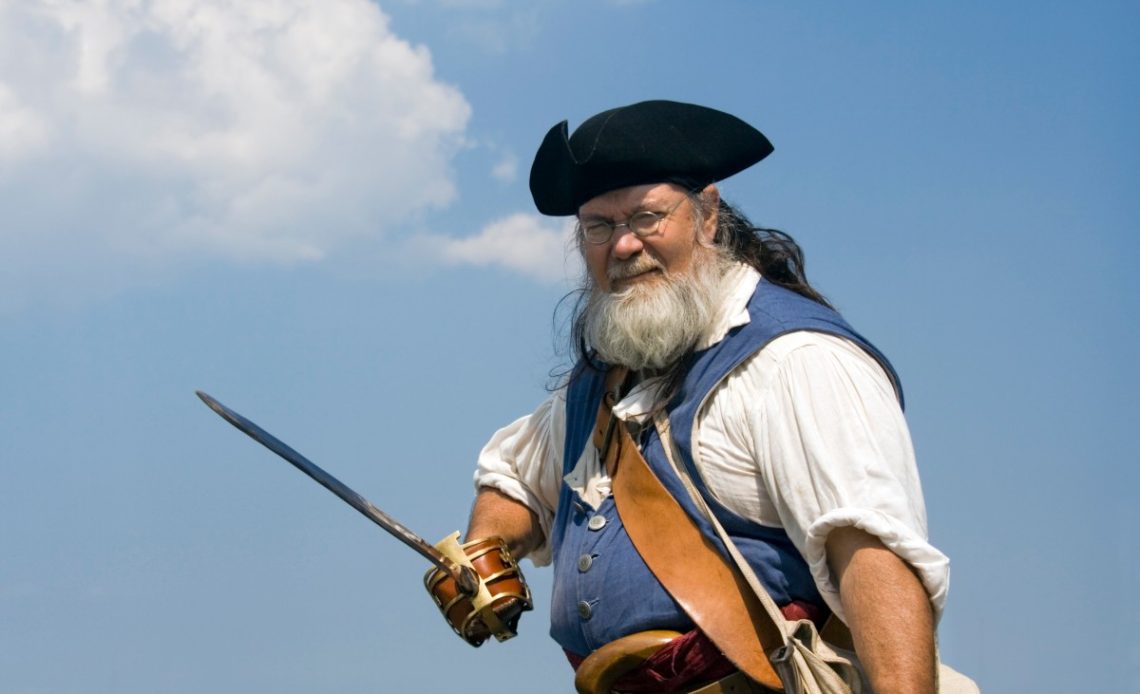 Have you heard of the Gentleman Pirate? Born in 1688 to a well-to-do English family on the island of Barbados, Major Stede Bonnet was known as the Gentleman Pirate. The majority of pirates were skilled sailors but could not find honest work and were essentially driven to become pirates. Others, like “Black Bart” Roberts, were captured by pirates and forced to live a life of piracy. Bonnet was an exception. He was actually a wealthy planter in Barbados who made a good living. However, he decided to outfit a pirate ship and set sail in search of riches and adventure. Keep reading more to learn about Pirate Stede Bonnet, the Gentlemen Pirate.

Stede Bonnet was born in 1688 on the island of Barbados. His family was of English descent and ran a successful business on the island. However, his father died when Stede was only six years old, and he inherited the family estates and took over the businesses. Later in 1709, he married a local girl named Mary Allamby. They had four children, of whom three survived to adulthood. At one point, Bonnet even served as a major in the Barbados militia. For unknown reasons in early 1717, Bonnet decided to abandon his family and life on Barbados. He outfitted a pirate ship and set sail to live a life of piracy. Some people claimed that Bonnet found the responsibilities of having children and married life too demanding and wanted more freedom.

In order to begin his life of adventure at sea, Bonnet purchased a seaworthy 10-gun sloop and named her the Revenge. As he equipped his vessel before he left Barbados, he told local authorities that he was planning on serving as a privateer or even a pirate-hunter. However, the truth was he hired a crew of 70 men and made it clear to them that they would be pirates. He acquired skilled officers to help run the ship since he had no knowledge of sailing or pirating. It is said he built himself a comfortable cabin and filled it with his favorite books. Rumor has it that his crew regarded Bonnet as eccentric and did not have much respect for him.

Once Bonnet left Barbados, he quickly attacked and successfully captured several ships at sea. During the summer of 1717, he traveled from the Carolinas up to New York attacking ships, but turned most of them loose after plundering them. At one point, he ended up burning a ship that hailed from Barbados because he didn’t want news of his career as a pirate to reach his home. Later that summer in August 1717, Bonnet ordered an attack on a mighty Spanish man-o-war. However, Bonnet’s crew of pirates were driven off and their ship was badly beaten with half of the crew dead. Bonnet himself was badly injured. Soon after, Bonnet met Edward “Blackbeard” Teach who was becoming a pirate captain in his own right.  Bonnet’s men begged the capable Blackbeard to take over the Revenge from the unstable Bonnet. Blackbeard took over, but kept Bonnet on board as a guest.

Bonnet’s luck got even worse the following year in September of 1718. At that time, a patrol of pirate bounty hunters serving Colonel William Rhett spotted Bonnet in the Cape Fear River inlet with two of his prizes. Although Bonnet tried to fight his way out, Rhett was able to capture the pirates after a long five-hour battle. As a result, Bonnet and his pirate crew were sent to Charleston, SC to be put on trial for piracy. They were all found guilty, and all 22 pirates of Bonnet’s crew were hanged on November 8, 1718. Bonnet appealed to the governor for clemency and although there was some discussion of sending him to England, he was eventually hanged as well on December 10, 1718.

Today, Bonnet is largely remembered today by pirate historians for two reasons. Firstly, he is associated with the legendary Blackbeard who was one of the most famous pirates of the Golden Age of Piracy. Secondly, since Bonnet was born wealthy, he was one of few pirates who deliberately chose the pirate lifestyle. He had many options in his life, yet he chose piracy.