How Did Pirates Survive Hurricanes? 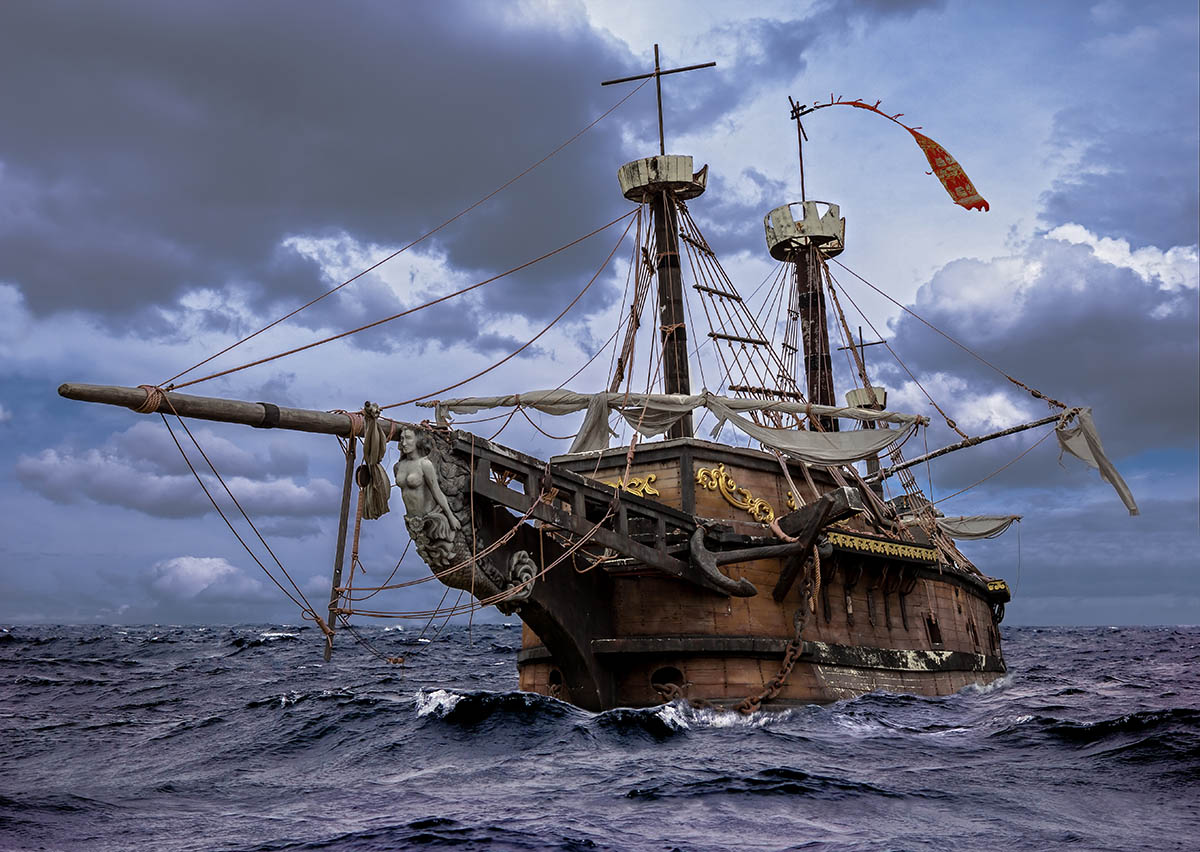 Storms at sea, whatever their magnitude, are fearful and awesome things even today, and in the Golden Age of Piracy they were most often deadly. Just imagine how it must have felt to face the might of a hurricane in a wooden galleon… ships which sank often took their full crews down with them, too.

With no way to know when they might hit or how long they would last, in fact, pirates would have been justified in fearing hurricanes and storms above all other dangers.

How pirates survived storms and hurricanes:

Remain onboard and hang on for dear life

Staying onboard the ship might seem like trite advice, but it was harder than it sounds during a storm or hurricane. During the Golden Age, pirates would have to make do with tying themselves to the ship with ropes (risky if it went down) and pray that they made it through. A man overboard was a man lost to the tides forever.

The Heavier the ship the better

In stormy weather a fully-loaded ship was much safer than an empty one (so long as the cargo was stowed correctly) as the weight in the hull counteracted the force of the winds on the sails and rigging during a hurricane. This reduced the risk of broaching (the ship rolling on its side); if this happened the ship would be lost along with its crew.

Sail the hurricane at an angle

Running directly before the winds was dangerous during a hurricane; the forces at work during a storm are immense, and waves falling on the stern (back) of the ship could crush the infrastructure. Alternatively, the ship could simply sink under the weight of water it took on. The prow (front) of the ship, however was much stronger and so the safest way to deal with a storm was to turn into it as much as possible and sail at an angle whilst staying as close to oncoming waves as possible.

Sails and masts were in danger

The fragile and important sails and masts of the ships needed to be protected at all costs if the ship was to make it to safety after the hurricane passed. Very high winds could cripple a ship by shredding its sails or even toppling its masts, leaving it at the mercy of the winds (and unable to get to help after the storm). If there was enough time the crew could put up stronger, more durable storm sails, but this could take around a day to accomplish. Many ships did not even carry storm sails, however, and there was usually not time to put them up if they did have them, and so (as fully extended sails were to be avoided in storms and hurricanes as they put too much pressure on the mask) the safest option was to stow the sails.

The sails at the back of the ship were always the first to be taken down as pressure on this area of the ship tended to push the ship sideways, and could even be deadly. Next the lower coursed would be furled, and finally the two left up would be the fore top sail and a jib or head sail.

Keep the ship moving through the hurricane

The trick was to keep the ship on the move, and to keep it moving into the waves while avoiding putting too much strain on the sails and masts. The ship needed to keep up speed to move up the oncoming waves, and also to keep its rudder in the water so that it could steer. Can you imagine doing all of this without a way to measure the speed of the wind or the height of the waves?

Stay away from land

Worse by far than simply being caught in a storm, however, was to be so close to land as to strike the shore. “A lee shore” it was called, and it was the pirates’ worst nightmare; with wind and water driving a boat to shore the crew were helpless. They could only wait for the bottom to be torn from the ship.

It would not be dramatic to say that more pirates were likely killed by storms than by the might of the Royal Navies of the world combined. Just imagine the force of any of the most recent hurricanes to have affected the world, Hurricane Irma, Hurricane Harvey, Hurricane Odile, Hurricane Patricia, Hurricane Katrina or Hurricane Wilma (the list goes on) and you can see that pirates wouldn’t stand a chance against the might of such storms.