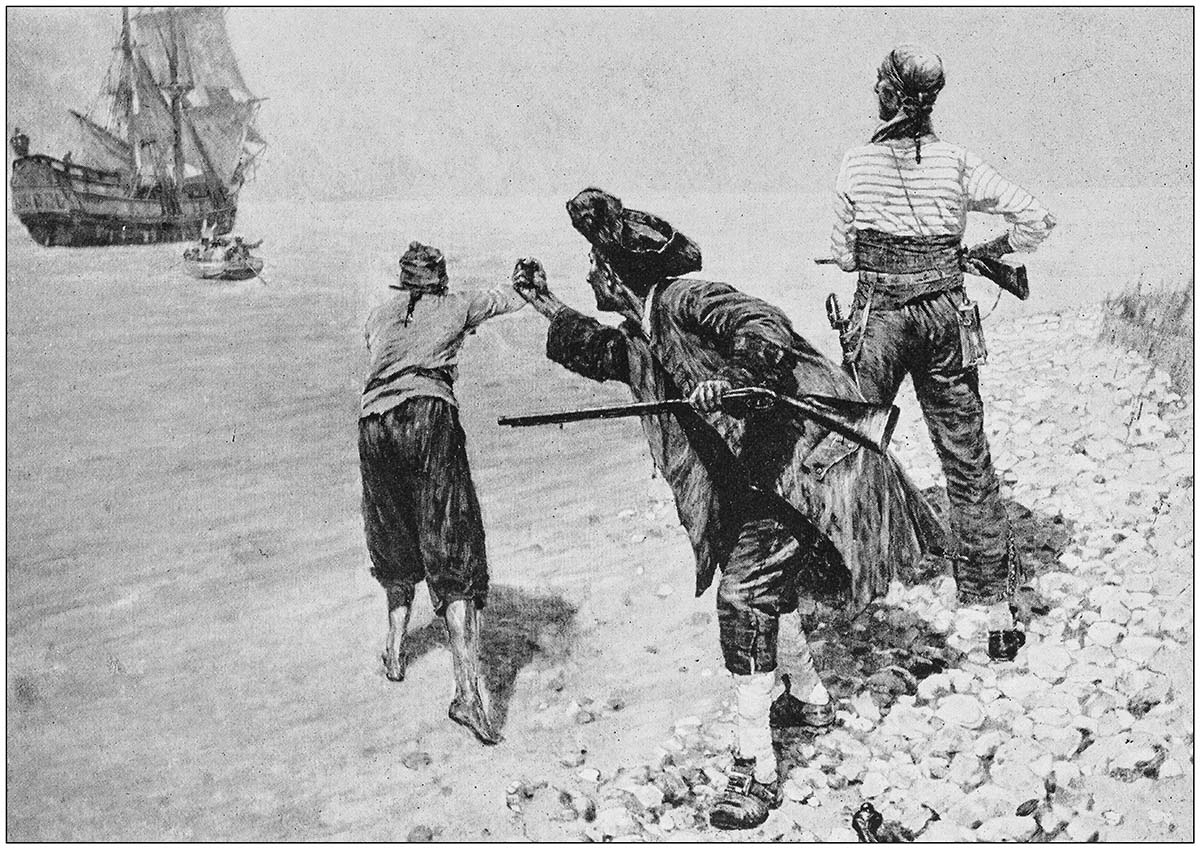 Modern media representations of pirates portray a fun-loving, jovial, and essentially harmless brand of pirate who is selfish, greedy, and reckless, yes, but not inherently bad. But what was the reality? Were pirates really heartless?

While it is true that there may have been some pirates who fit the bill as jolly, hard-partying rogues who were mainly focussed on having a good time it is also the case than many were not. It would be unfair to generalize and state that all pirates were cruel, cold-hearted, and/or ruthless, but there were some who struck real fear into the hearts of their enemies. The simple truth is that most pirates were at the very least willing to resort to violence where and when it would get them what they wanted. There were some, furthermore, who would do just about anything to get their hands on riches and loot.

Show me the money!

Pirates were all about the pay-packet (so to speak) and their first goal was usually to get their targets to surrender without a fight so that they could get the goods and get out. If this was not possible, however, they were not above turning to violence. In fact, they were known to take crews hostage in order to get what they wanted; some were even known to torture and kill hostages in order to spread a fearsome reputation for themselves. This concern with reputation was, in part, to do with minimising the need for more violence (and therefore more risk to themselves) in the long run; ships were more likely to surrender to pirate captains known to be truly merciless.

For some pirates a savage aesthetic was part of their modus operandi; it is well known that flags were a part of pirate culture in a huge way and some crews, wishing to appear especially menacing, would raise a red flag indicating that no quarter would be given and no prisoners taken. In other words, you were not likely to survive an encounter. This tactic could strike fear into even the most seasoned merchant crew.

Some flag tactics that were perhaps less merciless were also used by pirate crews. They might, for example, sail under the flag of a friendly nation in order to lure ships in before revealing themselves when it was too late. Some pirates would also utilise a black flag and sails to sneak up on ships at night. These tactics would allow pirates the element of surprise, but black sails were so expensive that only crews which were already successful and established would have been able to afford them.

It is broadly true that intimidation was actually the name of the game for the majority of pirates; they were, at the base of it, seeking out a living and were well aware of the dangers of close combat. However, there is also plenty of evidence to suggest that the average pirate could be ruthless, violent, and a little cold-hearted when their money was on the line. A sailor during the Golden Age would have been silly to underestimate the ruthlessness of the pirates.