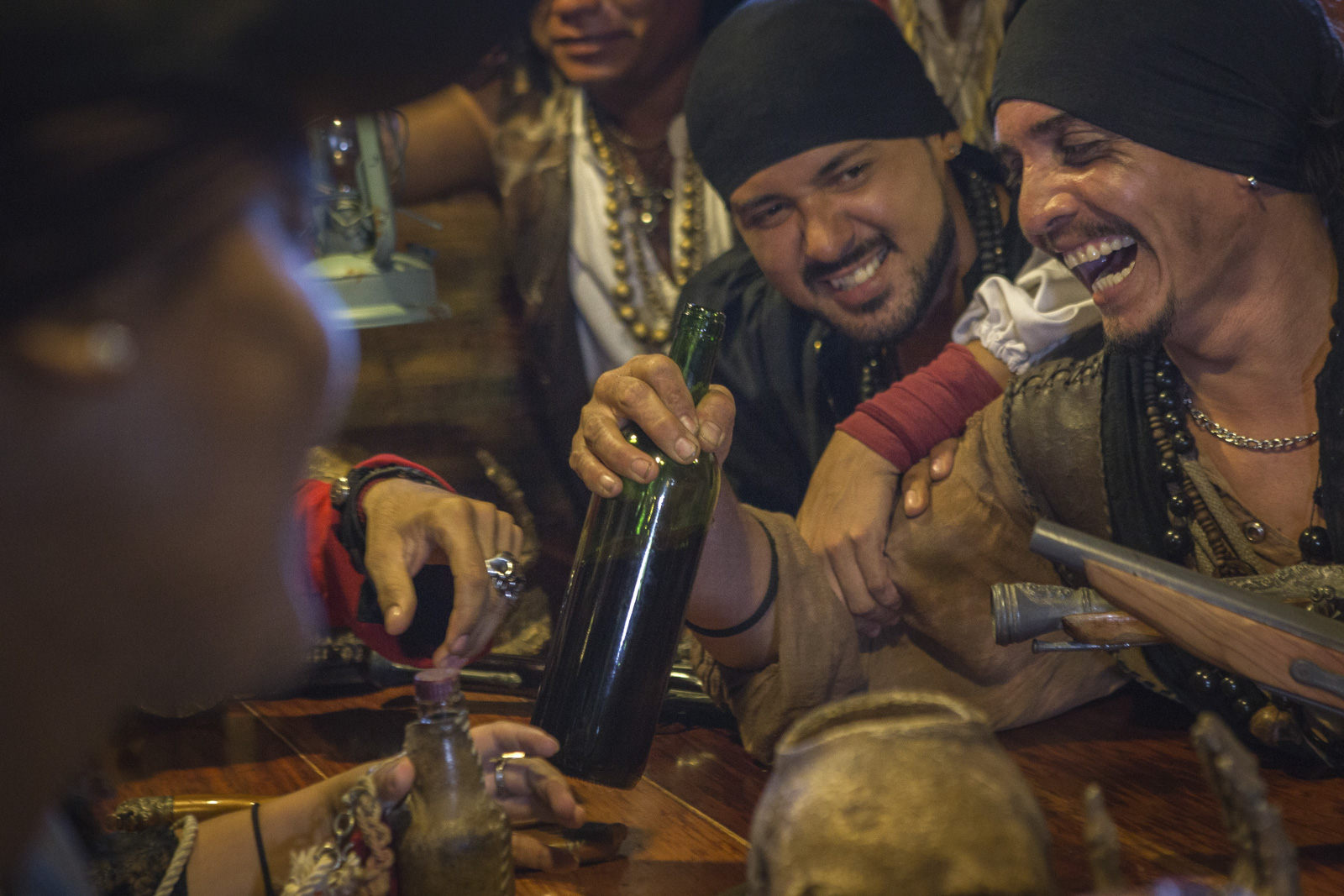 When you think of pirates, you are most probably torn between thinking that they were lovable rogues or that they were petty thieves deserving of the gallows. You might be surprised to read that to a certain extent pirates were somewhat honorable and noble. Pirates were amongst the first to adopt democracy, standing up against bad work conditions, and were famed for splitting their wealth fairly? More than petty thieves, pirates were ahead of their time.

The Golden age of piracy spanned from around 1650 to 1730. During the “Golden age of piracy” the government of Great Britain, Spain and France created a lot of propaganda to promote the fact that pirates were simply senseless savages and dangerous thieves. Not everyone was convinced that pirates were scum, however. Often, great crowds would gather to support pirates at the gallows and rescue them.

Villains of All Nations

The well-known historian Marcus Rediker wrote a book called the Villains of All Nations where he provides some key information about the job market within which pirates operated. For example, if you were picked up from London’s East End docks and you were a sailor or merchant, then chances are you ended up working like a dog on a ship for low wages. You would be required to work long, hard hours on a ship that was cramped and the men were nearly starving, and if even for one second you slacked off, then the captain who was very powerful would whip you with the Cat O’ Nine Tails. If you continued to slack off then the captain could order you to be thrown overboard. This voyage could be many, many months or even years with very little remuneration at the end of it. So, what was the incentive to remain loyal and honest?

The first group of people to rebel against this unfair world were the pirates of the Golden Age. They would mutiny against their cruel captains, making their own rules. Pirates were the first to create a different way of living and working on the seas. Once the pirates had a ship, then they would choose their own captains, and they together would make all the decisions. The pirates shared their bounty in what Marcus Rediker called “One of the most equal plans for the distributing all resources in the eighteenth century”. The pirates also took African slaves that had escaped and they let them live with them as equal members. The pirates made it a point to show that “ships did not have to be ran in brutal ways that the Royal Navy and merchant services have done”. Although they were thieves, they were very popular because of the way they treated others.

Were pirates just petty thieves? Did men become pirates so they could live? You be the judge!