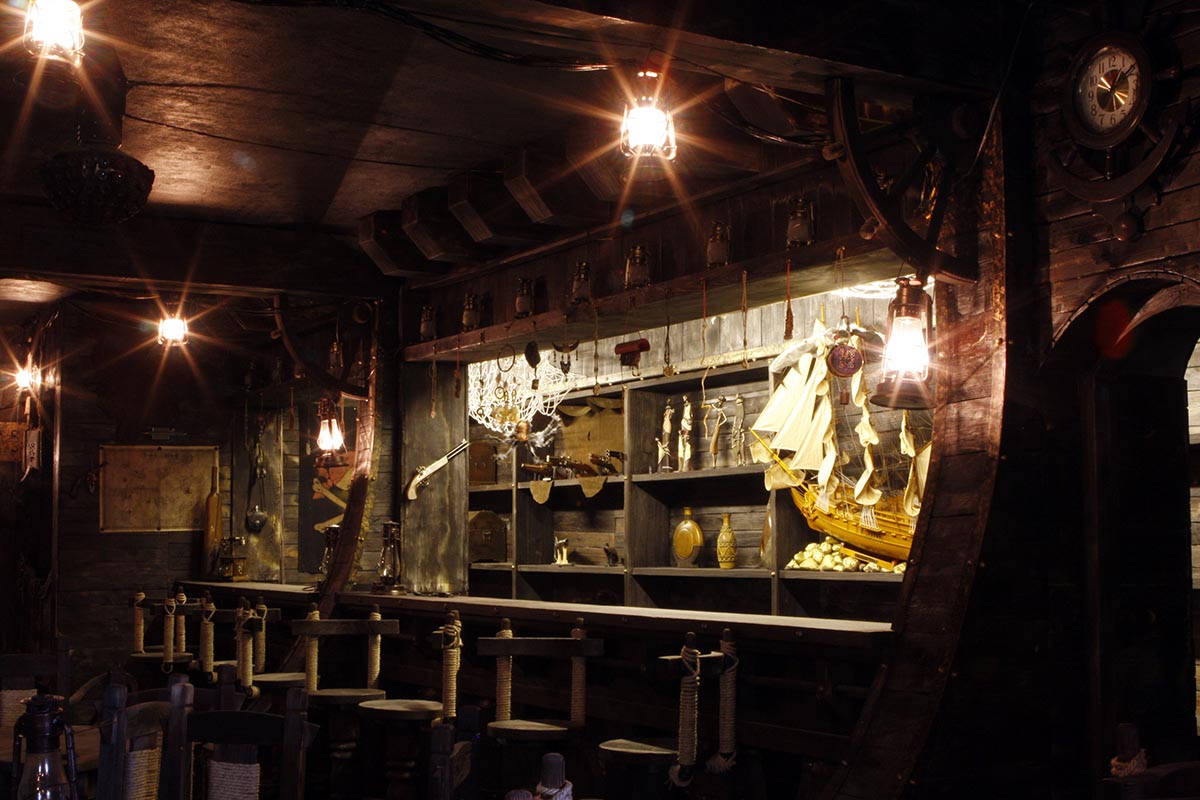 Have you ever stopped to wonder, what did pirates eat as they spent weeks and months aboard pirate ships at sea? Without any access to fresh foods, planning ahead was key in order to have a good supply of rations to use during their adventures on the open sea. The most important foods were ones that would store well, and last a long time in case their excursions were extended longer than anticipated. Continue reading below to learn more about what real life pirates ate and drank while at sea.

Start of the Journey: Best Foods

The best foods that pirates would eat were usually enjoyed during the first few weeks of each journey. At that time, they likely had access to meat, cheese, vegetables, eggs and other tasty items. Live chickens were usually kept on board in order to provide eggs for the pirate crew.. Even cows and goats often made their appearance on board to provide milk until the regular food supply dwindled. As their adventure continued and time passed, some of the food would begin to spoil or go bad.  At that time, even the cows were butchered so that the meat could be utilized to feed the pirate crew. Even the chicken themselves would be enjoyed if needed and were no longer producing eggs. In order to help make the food taste better, pirate ship cooks were sure to flavor their meals with lots of herbs and spices. In order to help preserve vegetables and meat longer, they often pickled or salted them to extend their shelf life. For pirate ships that took the longest voyages, pirate crew often had a bland and basic diet centered around biscuits, dried beans and salted beef.

Hundreds of years ago during the Golden Age of Piracy, clean drinking water was difficult to find even on dry land. When at sea, it became nearly impossible to maintain fresh drinking water for the pirate crew. As a result, many seamen preferred to drink beer or ale as opposed to water. Fresh water that was brought on board at the beginning of a journey would often become tainted by green scum and slime that was no doubt a result of the salty sea air as well. For the drinking water that was kept on board, a small amount of alcohol was often added in order to improve the bad taste of old water.  This water and alcohol combination is best known as grog. One of the most popular alcoholic spirits found on pirates ships was rum. Rum is a distilled liquor made from fermented molasses and was very popular on pirate ships as it was inexpensive to produce.

Have you ever heard the word buccaneer? It has interesting origins that you may be surprised to learn. The French word boucan means smoked meat that was slowly cured on a grate over an open fire. Hunters in the Caribbean would use this practice to cook and cure meat in order to sell it to pirate ship captains during their port stops. Over the years, these hunters and cooks became known as boucaniers which translated to “barbecuers” because of how they cooked their food. The boucanier or buccaneers soon realized that the ships they were selling their meat to was a better source of income, and they turned pirate themselves and began attacking the ships they were selling their wares to. Years later, authors writing about pirates started to use the same word to refer to pirates from the Caribbean area and the result was that the word “buccaneer” became synonymous with pirate.

We hope you enjoyed this article on pirate food and life at sea!