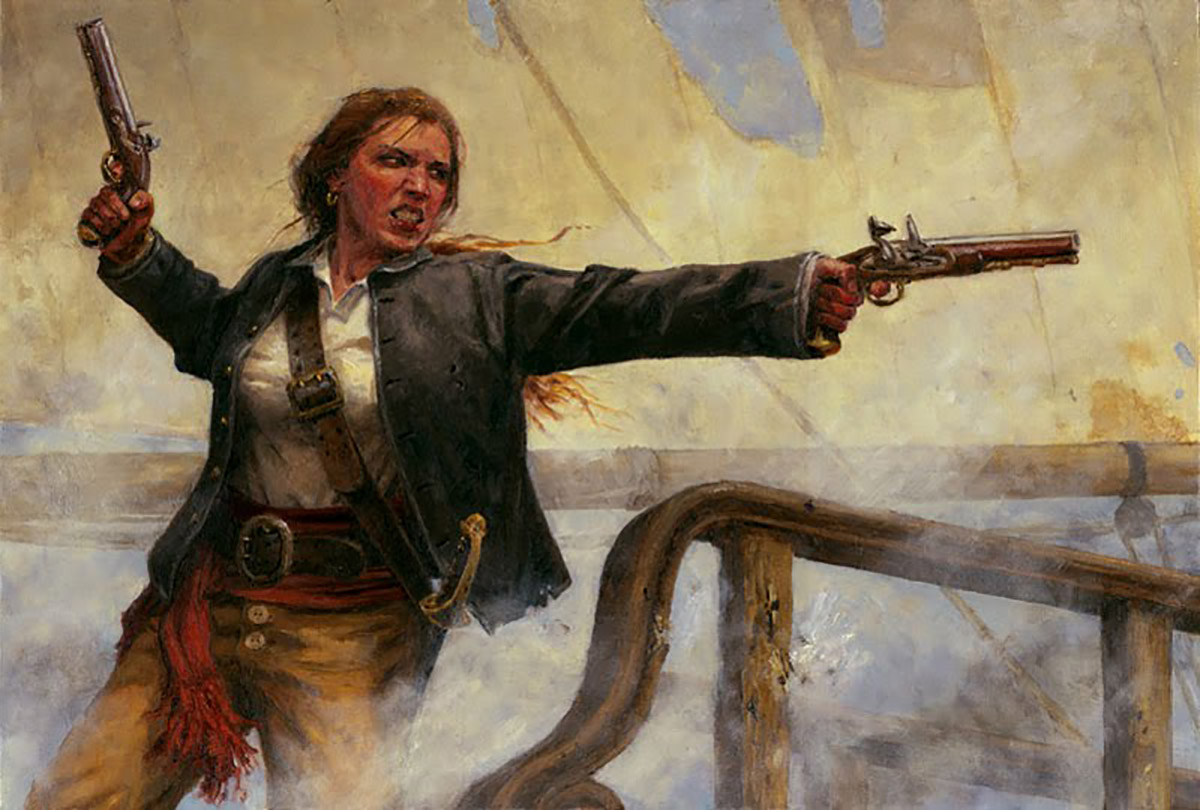 Pirate Benjamin Hornigold was born in England in 1680. Later, when he was 33 years old, Hornigold began his pirate career in 1713 by attacking merchant ships in the Bahamas. In fact, he helped to establish the “Republic of Pirates” in Nassau. By the year 1717, Hornigold was the Captain of the Ranger, one of the most heavily-armed ships in the region. At that time, he appointed Edward Teach, better known as “Blackbeard”, as his second-in-command. Blackbeard is regarded as one of the most famous pirates of all time. Hornigold was described by others as a kind and skilled captain who treated prisoners better than other pirates. Over time, he decided to give up his pirate ways and turned into a pirate hunter.

Hornigold was very successful during his time as a privateer. Later, when the war ended, Hornigold sailed from New Providence and became a pirate captain. Hornigold was known as a respected leader and skilled captain. At that time, his crew was composed of many talented and hardworking pirates. Several pirates ended up becoming more successful and famous than he was. For example, Samuel Bellamy and Blackbeard both apprenticed under Hornigold. Hornigold was impressed by Blackbeard’s abilities and rewarded him with a vessel and small crew. In 1717, they sailed together as partners and easily plundered many ships throughout the Caribbean Sea. In addition, they captured a rich French Dutch Flute, known as “Concorde” on their return. The capture of Concorde is regarded as one of Hornigold’s greatest achievements as a pirate.

Pirate Benjamin Hornigold spent most of his life in the Caribbean where he successfully captured many vessels. When Woodes Rogers became the governor of the Bahamas, many Caribbean pirates were offered the chance to take the king’s pardon for piracy. Hornigold was an ex-privateer and decided to take amnesty. Therefore, he left Blackbeard and the other pirates and moved to New Providence. There, he was a faithful servant and partnered with Rogers. Rogers thought very highly of Horingold and employed him as a pirate hunter. His main target was Pirate Charles Vane although he never captured him. Many other pirates were caught by Hornigold and hanged for the crime of piracy. In 1719, Hornigold embarked on a trading voyage to Mexico. However, the ship wrecked on a coral reef at sea and he drowned along with his entire crew.

We hope you enjoyed this article about Pirate Benjamin Hornigold, one of the Golden Age of Piracy’s most famous pirates. Do you want to live like a pirate for the day? If so, head to Cancun and book a tour on the Jolly Roger Pirate ship. It’s one of Cancun’s top tours that always delights visitors. Set sail on the Carribean Sea and enjoy a fun filled day of adventure, world class entertainment, a gourmet meal and a premium open bar. It is sure to be one of your favorite vacation memories. Plus, there are incredible deals on travel to Cancun right now. Isn’t it time to enjoy some much needed rest and relaxation in Mexico? You deserve a vacation!