Nautical Tools of the Pirate Trade 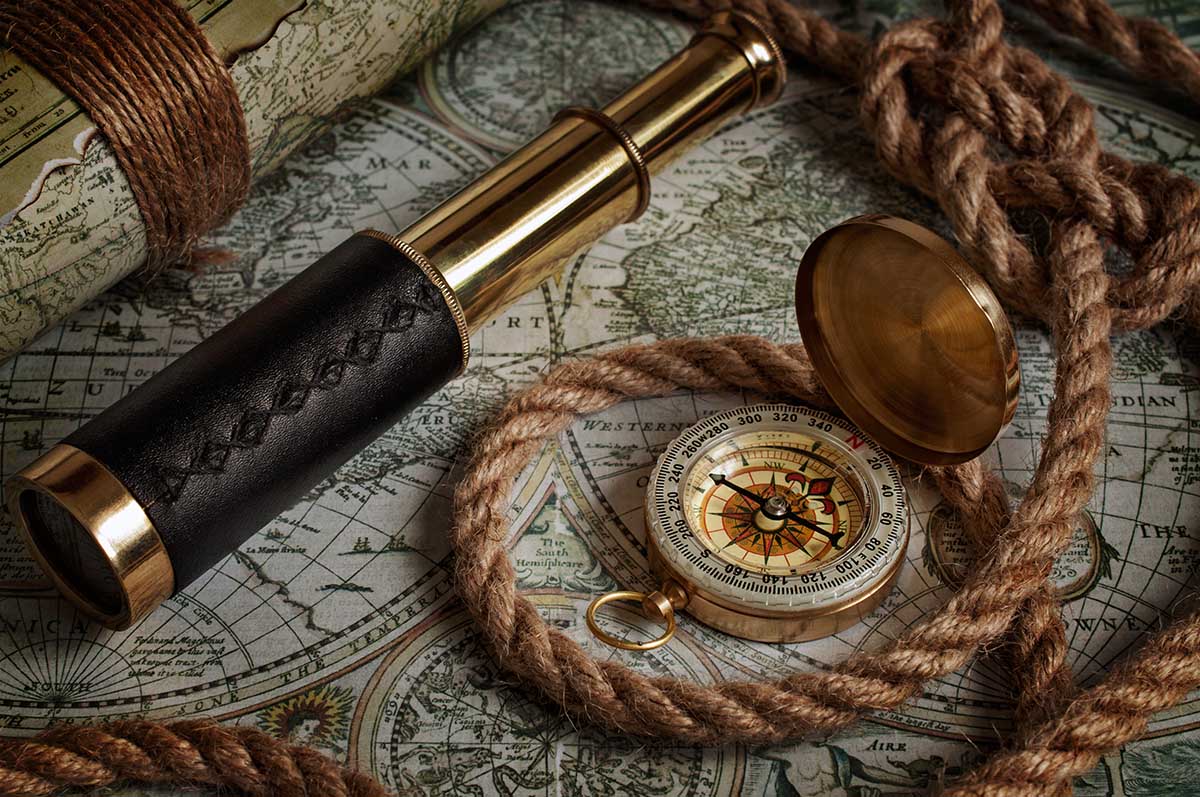 When they were at sea, pirates had many different ways of ensuring they stayed on course. Of course there was the standard map, but there was also much more which allowed for surprisingly accurate traversing of the oceans long before GPS. Take a look at the kit pirates had at their disposal:

The Astrolabe was invented in late 15th century and saw widespread use for the next 200 years. It enabled seamen to use the sun and North Star to navigate by measuring their altitude above the line of the horizon. Alongside the compass this was the main source of navigation during the golden age of pirates.

The Diptych Dial was a kind of compendium instrument for the calculation of time and direction, and originated in 17th century Germany. The upper two leaves of the instrument showed times of day, planetary hours and relative planetary positions, while the lower leaf showed latitudinal measurements for Europe. A piece of string was also attached and used to take measurements, this was called the “gnomon”. This was a prized tool amongst seamen, including pirates.

Before the compass, seamen and pirates used the naturally magnetic lodestone to navigate the seas. When they pressed a needle to this stone it became magnetized and could be used to find magnetic north.

The compass was one of the most enduring tools of navigation in use during the Golden Age of pirates. It was basically a more sophisticated version of lodestone navigation. The compass would generally be mounted on pivoting rings called gimbals which allowed for free movement of the needle.

The telescope, often called “bring ‘em near”, is iconic when it comes to ocean navigation during this period and was used to spot landmarks and islands from a distance in order to plot a course. They also allowed people to spot enemy ships and bases at a safe distance.

The octant was invented by John Haddley in 1730 and made it much easier to take sightings of the sun, moon, and stars, through the use of two small mirrors that allowed the navigator to see the sun and horizon at the same time.