How were pirates recruited? 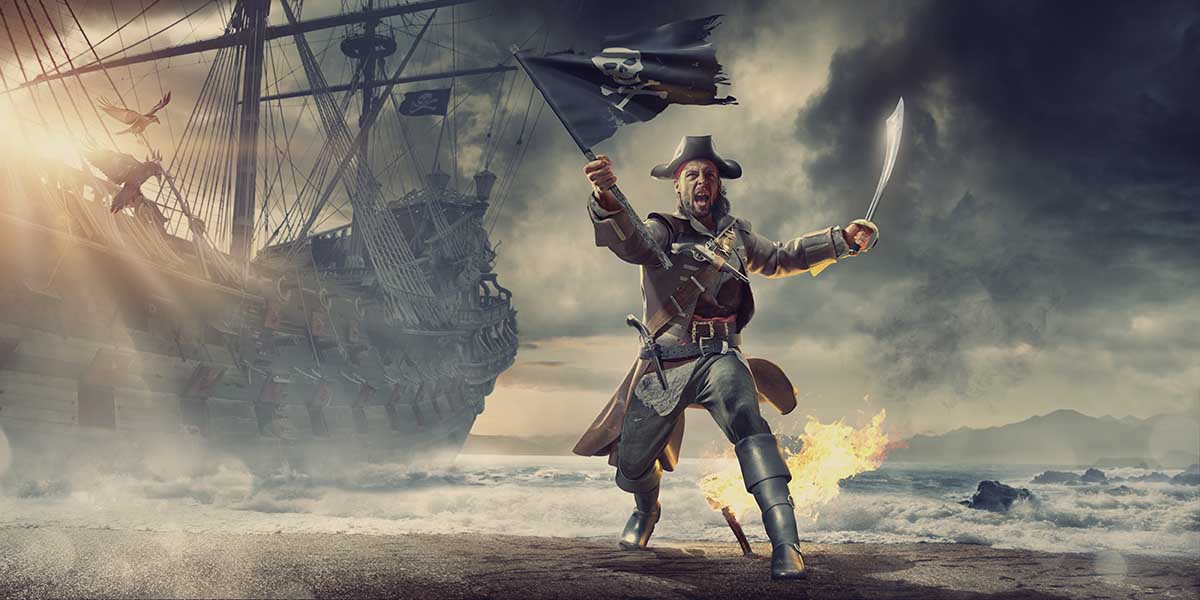 People often wonder how pirates recruited for their crews during the Golden Age of Pirates? Have you ever thought about whether they kidnapped, coerced, tempted, or literally raised the next wave of swashbucklers and pirates?

Well, the truth is that it was a little bit of all these things. Read on to discover how pirates were recruited.

It makes sense—owing to pirates’ reputation for womanizing— that there were some children who were born into a life of piracy; much like many other professions pirating could be hereditary. If your father had a ship or was a pirate, the chances were you would follow in his footsteps. The Pirate Queen of Ireland, Grace O’Malley, is perhaps the most famous example of this. After a childhood on and around pirating vessels she took over her father’s fleet when he died. Following in your father’s footsteps as a pirate was less common than a family blacksmithing business, but it was not unheard of!

Down and out of luck

At the beginning of what we now call the “Golden Age” of piracy there was a surge of unemployment caused by the Navies of the world laying off common soldiers and officers alike. The end of many European wars left them with less need for manpower, and in many cases the men who found themselves without a career turned to piracy to make ends meet and feed their families.

When ships Captains found themselves out of work or disillusioned with the life of a legitimate sailor and turned to piracy they often took a number of their men with them. Their loyal followings would often go with them when they turned to crime; Ben Hornigold is a good example of such a man. When the European wars ran dry, he took his crew and continued to do what he did best; robbing French and Spanish ships.

Revenge on the monarchy and ex-bosses

Revenge is perhaps one of the most powerful motivators humans can experience, and for many pirates it was what pushed them off the rails, so to speak. Jeanne de Clisson, the Lioness of Brittany, turned to piracy after her husband was executed by the French crown for treason. After selling her land and buying three warships Jeanne De Clisson embarked upon a career in piracy which was successful and fueled by her hatred of the French Nobility.

It wasn’t just the big names, either; the common sailor experienced shocking brutality at the hands of their commanding officers. They experienced poor food, poor wages, and harsh punishment when they broke the strict and numerous rules. When the rage and resentment bubbled over the most common result was violent rebellion, mutiny, and when the mutiny was successful a turn to piracy and a life of crime.

Of course, established pirates would also tempt sailors with promises of revenge upon those who had wronged them; it wasn’t always a spontaneous combustion, so to speak, which turned men away from the straight and restrictive narrows of life.

Believe it or not, there were also many freed slaves amongst pirate crews across the world; freed by the criminals who attacked the ships they were carried on, some of these ex-slaves went on to be respected and feared pirates. Few became well-known, hampered as they were by their lack of sailing experience, but many an ex-slave found freedom on the ocean with a pirate crew.

Of course pirates also used coercion to bring men over to their way of thinking; when they captured a ship they offered men the chance to live (more or less) by joining their ranks. Some of those who chose to jump ship, literally as well as figuratively, were making the best of a bad situation, but others were no doubt enamoured with the buccaneers life.

Some men would actively seek out a pirates’ life by requesting that a staged kidnapping take place. This way they could claim innocence if they were ever caught; most pirate crews were happy enough to do this.