A Cat’s Life Aboard a Pirate Ship 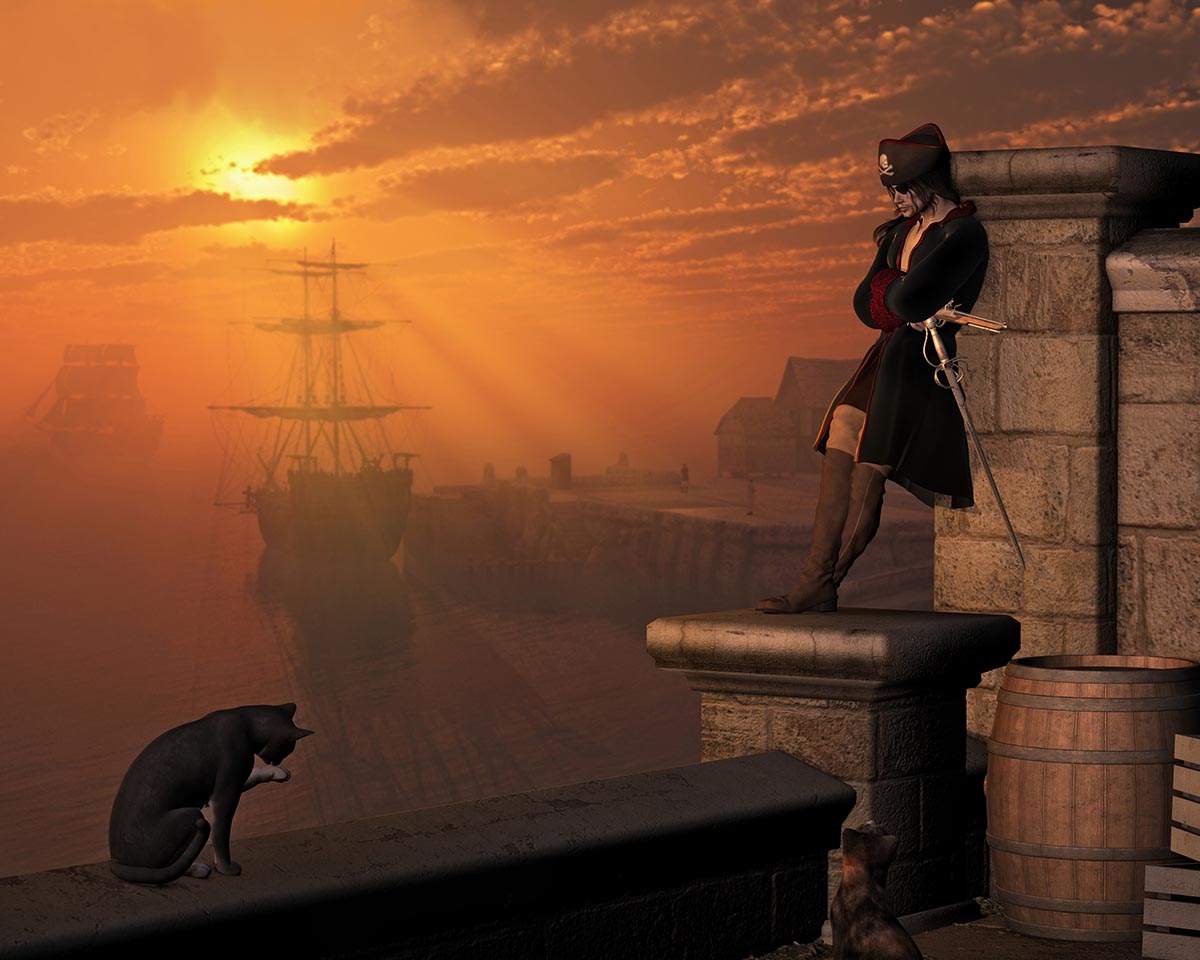 When most of us think about service animals, the most common animal that springs to mind is the loyal, hard-working dog. Sure, canines have been bred specifically to handle certain tasks for centuries, from herding cattle to tracking missing persons, but that doesn’t mean they are superior to other working animals. Believe it or not, cats have long been pulling their weight, too. Although they have a reputation for finicky personalities and lazy habits, some cats are quite happy using their natural talents to help out. Working cats who live aboard ships can be especially beneficial, and cats have actually been sailing the seas for centuries.

A Brief Background on Ship’s Cats

Cats have been working on trading, exploration and naval ships dating back to ancient times in Egypt, where they would bring cats along on ships during cruises down the Nile river to capture birds in the thickets along the banks. The domesticated cat hails from ancient Egypt, and felines began traveling along maritime trade routes in ships that allowed them to visit different parts of the world. They soon began living in all corners of the Earth, and some cats, naturally, ended up joining the motley crews working aboard pirate ships. Some cats had the skills to board a pirate ship, earn their keep and charm a riotous crew focused on scoring their next big payday of looted riches. Pirate ship’s cats often performed a variety of duties that would keep them busy and engaged, and seemed to love every minute of it.

Cats have incredible inborn hunting instincts, which makes them an indispensible tool aboard a ship, where rodents including rats and mice can run rampant. Rodents threaten a great deal of valuable commodities aboard a ship such as the crew’s food supply, ropes, woodwork, grain cargo and (in modern times) electrical wires, so it is crucial that they be eliminated before causing major issues. Common carriers of disease, rodents can also threaten the health of every person working on a ship, particularly when out at sea for long periods. Rat fleas are a serious threat on ships since they often carry the plague; they were also the main culprit in spreading the Black Death that killed a large part of the world’s population in the 1300s. Pirates and their vessels were not usually famous for their cleanliness, so keeping a cat on board was a no-brainer way to keep rodent problems in check.

Although hunting and killing rodents is what ship’s cats were best known for, felines working on pirate ships were also welcome companions for the crew, whose unstable lifestyles could take a toll and cause loneliness and a longing for home. It was a great comfort for many pirates to know that the ship’s cat was around to keep them company and entertain them. Able to easily adapt to new surroundings, cats were an excellent animal to have on board seafaring vessels, especially pirate ships.