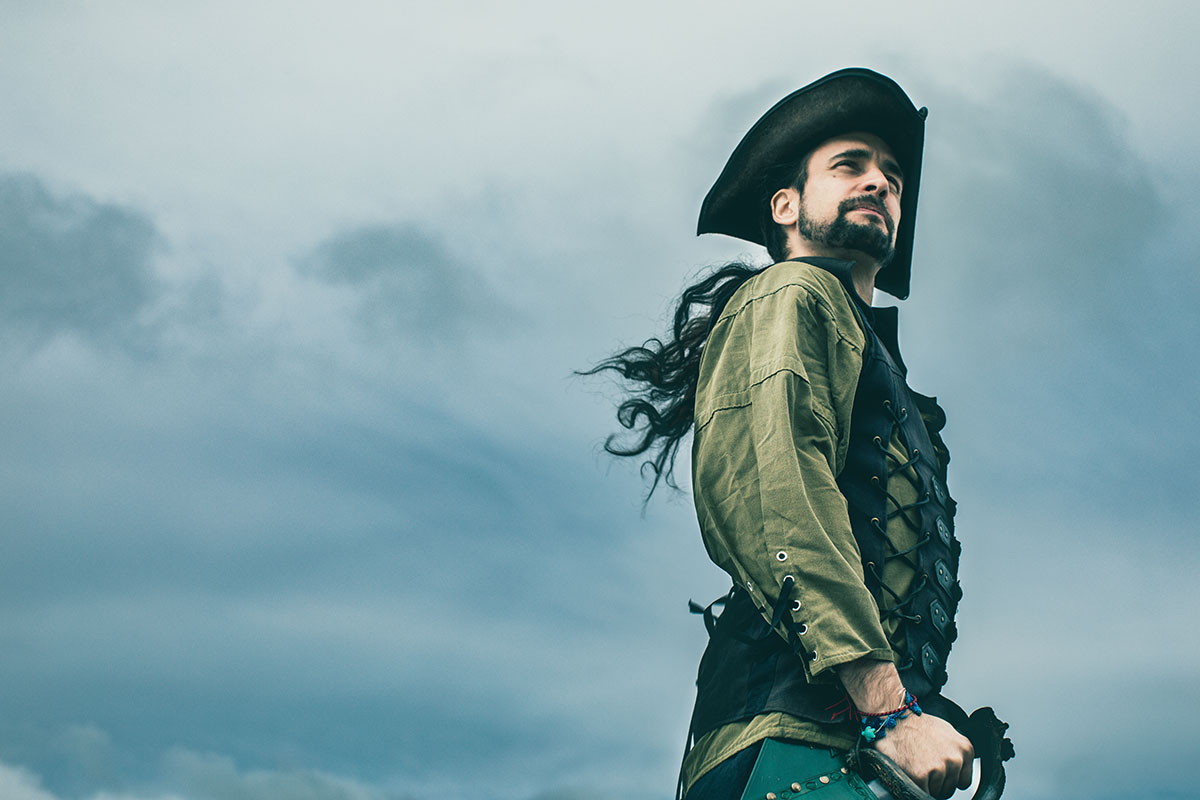 What is piracy? Piracy is the practice of attacking or robbing ships at sea. Pirates are known to often be violent while stealing freight, property or even kidnapping people for ransom, too. Those that do piracy acts are known as pirates. Back in the fourteenth century is when the first piracy act was documented. At that time, a group of pirates that were called “Sea Peoples” would attack ships from Aegean and Mediterranean. Who are the top 5 famous pirates? Keep reading below to learn who they were.

To start with, Blackbeard or Edward Teach is one of the best known pirates in his era. Blackbeard was born in 1680 in England, and passed away in 1718. He had an army of 300 pirates and oversaw four ships. In the Caribbean Sea alone, he captured more than forty merchant ships. Tragically, he often murdered his victims because he was merciless and ruthless. Later, he was defeated by the Royal Navy after a lengthy battle on the coast of North Carolina. As a lesson to others, his head was lifted on a stake in the Hampton River in Virginia. That way, other pirates would see that they local authorities didn’t tolerate piracy.

Next, Black Bart or Bartholomew Roberts was born in 1682 in Wales. He had a courageous demeanor, and he was highly respected by his crew. Before Black Bart became a pirate, he was an officer in the Navy. At that time, his ship was captured by pirate Howell Davis. Black Bart along with his men overthrew the pirate and his crew, then he took charge of the ship. He then decided that a life of piracy may be for him as well. He had outstanding navigational skills, and stole more than four hundred ships during his lifetime. In 1722, he died during a battle against British Captain Chaloner Ogle.

Long Ben or Henry Every was born in 1653. His career at sea began when he served in the British Royal Navy. Later, in 1693 he took part in the Spanish Expedition Shipping where he became a pirate. He was one of the most feared pirates of all time and the most successful one in the Red Sea. While he didn’t steal a lot of ships, the two ships that he did steal were filled with gold and jewels. Long Ben became the wealthiest pirate in the entire world, but then he just vanished into retirement. Today, his death is still a mystery.

William Kidd was a Scotman that was born in 1645. He was a privateer first as he tried to remove pirates from the seas. Soon thereafter, he became a pirate when his crew voted him to become their pirate captain. Later, he attacked an East India Company Vessel, which was his downfall. He was captured a short time later near Boston with his spouse. Kidd was sentenced to die for his piracy crimes and he was executed with a noose that actually broke two times. Instead, they took his body and dunk him into tar, then they hung him by chains on the Thames River shores in 1701, where he suffered a painful death.

Anne Bonny was born in Ireland in 1700. As a young lady, she arrived in the New World with her family. There, she met James Bonny who was a poor sailor and married him. However, she became very disappointed by her husband’s laziness and lack of ambition and decided to turn to piracy. She joined a pirate crew by pretending she was a man along with another female pirate named Mary Read. There, she met Calico Jack Rackham, who was a popular pirate ship captain. She was well respected by the crew and carried her own weight on board and in battle. She died in 1782, and many speculate that she returned back home to her husband or parents.