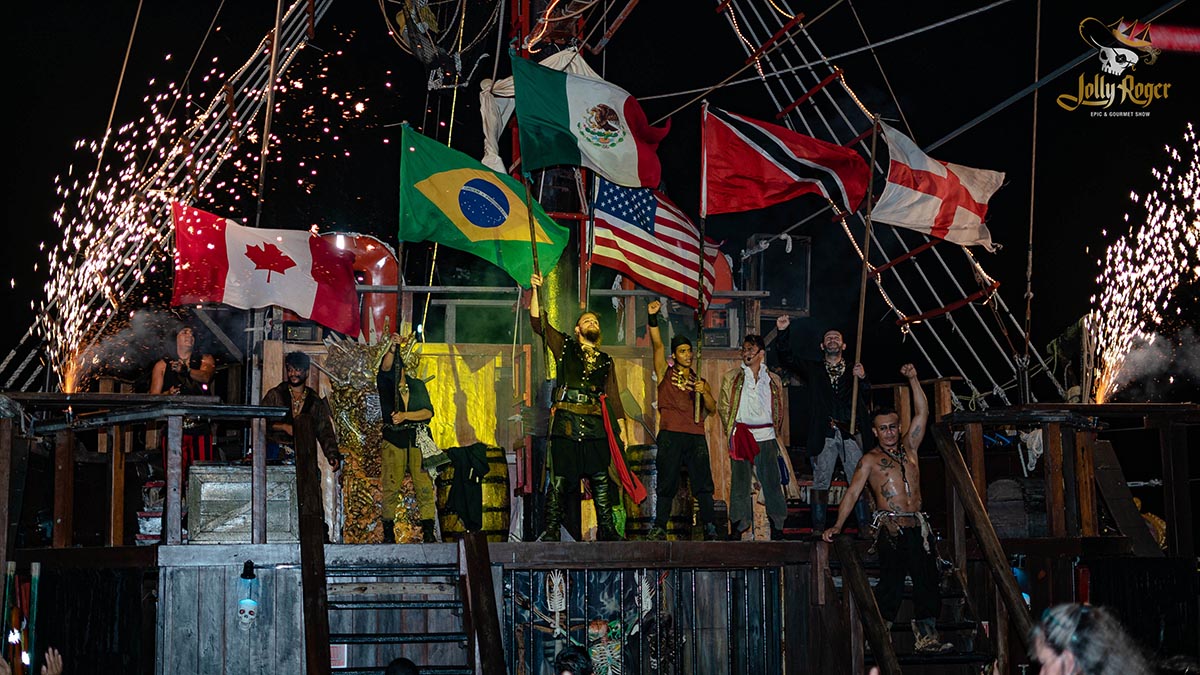 Are you wondering what to do on your vacation to Cancun? Cancun attracts thousands of visitors each year that love the region’s delightful climate, spectacular beaches and tasty cuisine. While on vacation in Mexico, make sure to book tickets for the Jolly Roger pirate Ship, one of the top Cancun tours. Get ready to set sail on the Carribean Sea as you are treated to world class entertainment, a delicious gourmet dinner and the drinks will be flowing with a deluxe premium open bar. Keep reading below to learn more about the top Cancun tour on the Jolly Roger Pirate ship.

It will be easy to see why the Jolly Roger pirate ship is a top Cancun tour. This dynamic adventure gives guests a chance to enjoy amazing Carribean Sea views along with world class entertainment. The historically accurate 17th century replica ship will truly impress guests. Tour attendees will be mesmerized by the impressive acrobatics of playful pirates as they engage in silly antics and sword fighting, too.  Guests will be in awe as pirates swing from ropes and live music will have everyone stomping their feet and clapping along. If you attend an evening tour, you can also expect explosive cannon fire and heart racing gunpowder explosions. Enjoy a delicious gourmet dinner and unlimited drinks as you watch the nonstop action. Both adults and children alike will be thrilled by the lively pirate show and the gourmet dinner is out of this world. Right now, Jolly Roger pirate ship tours have special discounts available. Make sure to visit their website to see which promotions are still available right now. 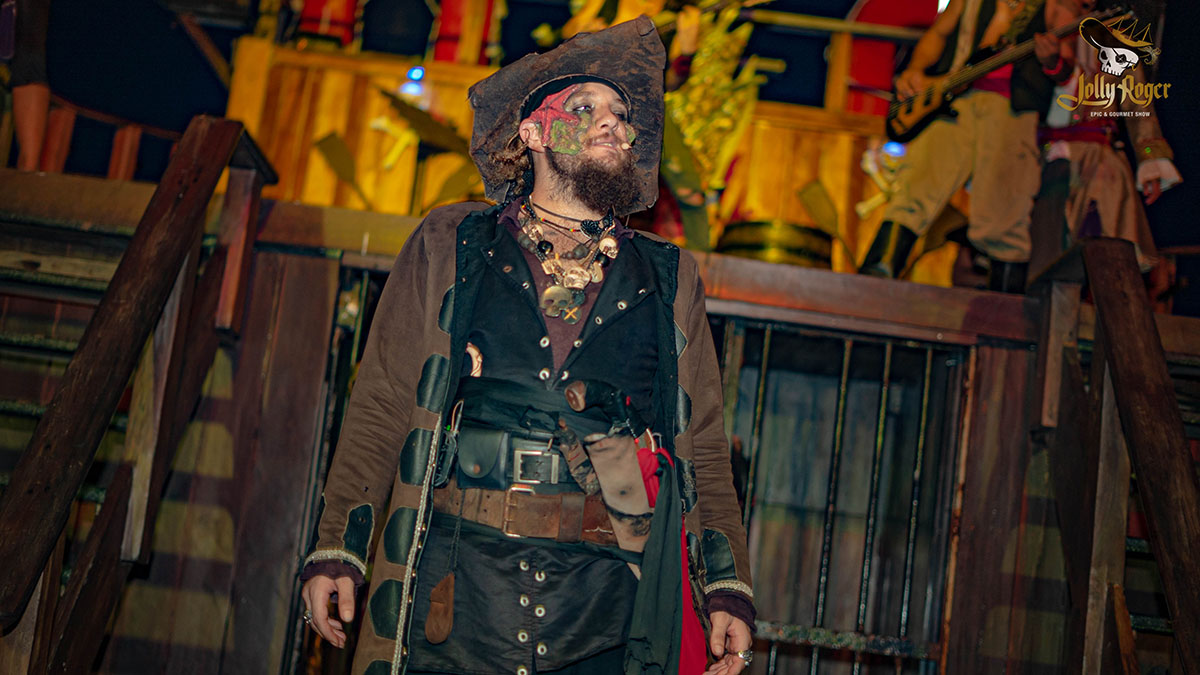 The Legend of the Golden Fleece

The legend of the Golden Fleece will have guests on the Jolly Roger pirate ship adventure on the edge of their seats. Pirate Captain Jack Black will explain how he is desperately searching for the Golden Fleece in order to reverse the curse he received when he stole treasure from Pirate Captain Olenes of Tortuga Island. Pirate Olenes had cursed Captain Jack Black so that he would suffer a slow and deadly transformation until he turned into a despicable sea creature. However, legend claimed that the Golden Fleece was a powerful amulet which could reverse the malignant spell. The curse stated that if the amulet is not found before the 120th full moon, the spell would become irreversible. As a result, Captain Jack Black will invite Jolly Roger pirate ship guests to join him on his adventure as he sails towards the Bay of Hope on Cocos Island. There, the famed Golden Fleece treasure is supposedly hidden. The animated pirates will interact with the crowd to make the entire experience exciting and enjoyable.  Plus, the backdrop of the stunning Caribbean Sea views are out of this world. Remember, book your Jolly Roger pirate ship tickets now to make sure you don’t miss out on this exciting top Cancun tour. 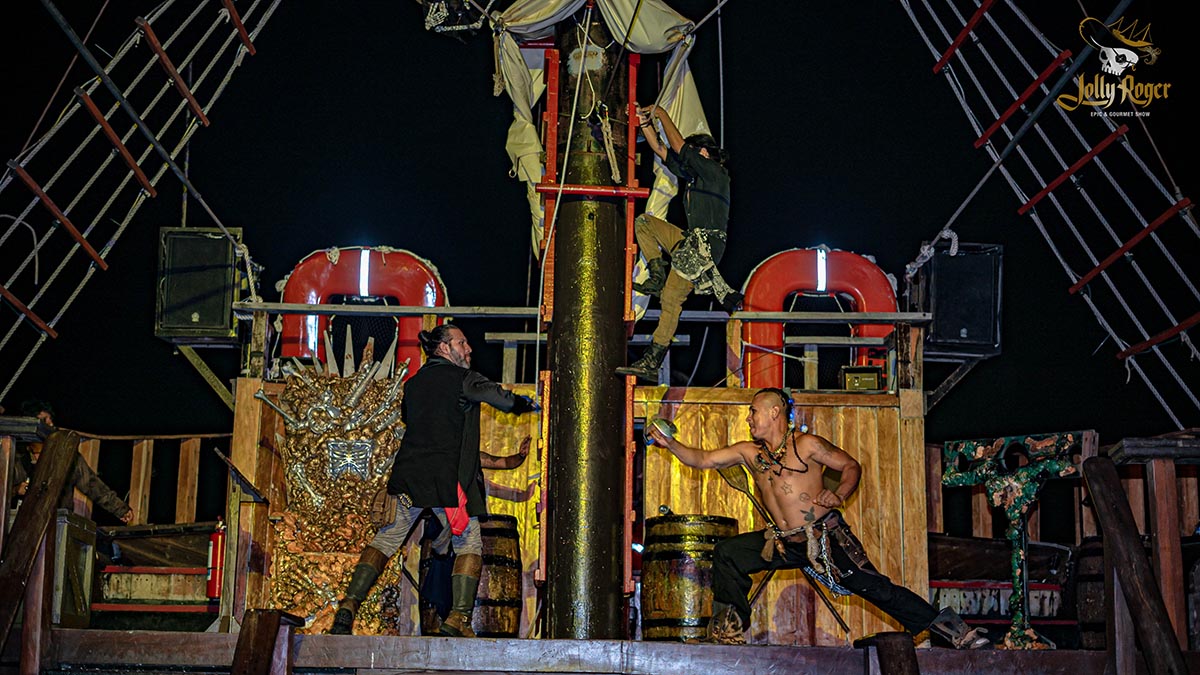