The Magic of the Spring Equinox at Chichen Itza 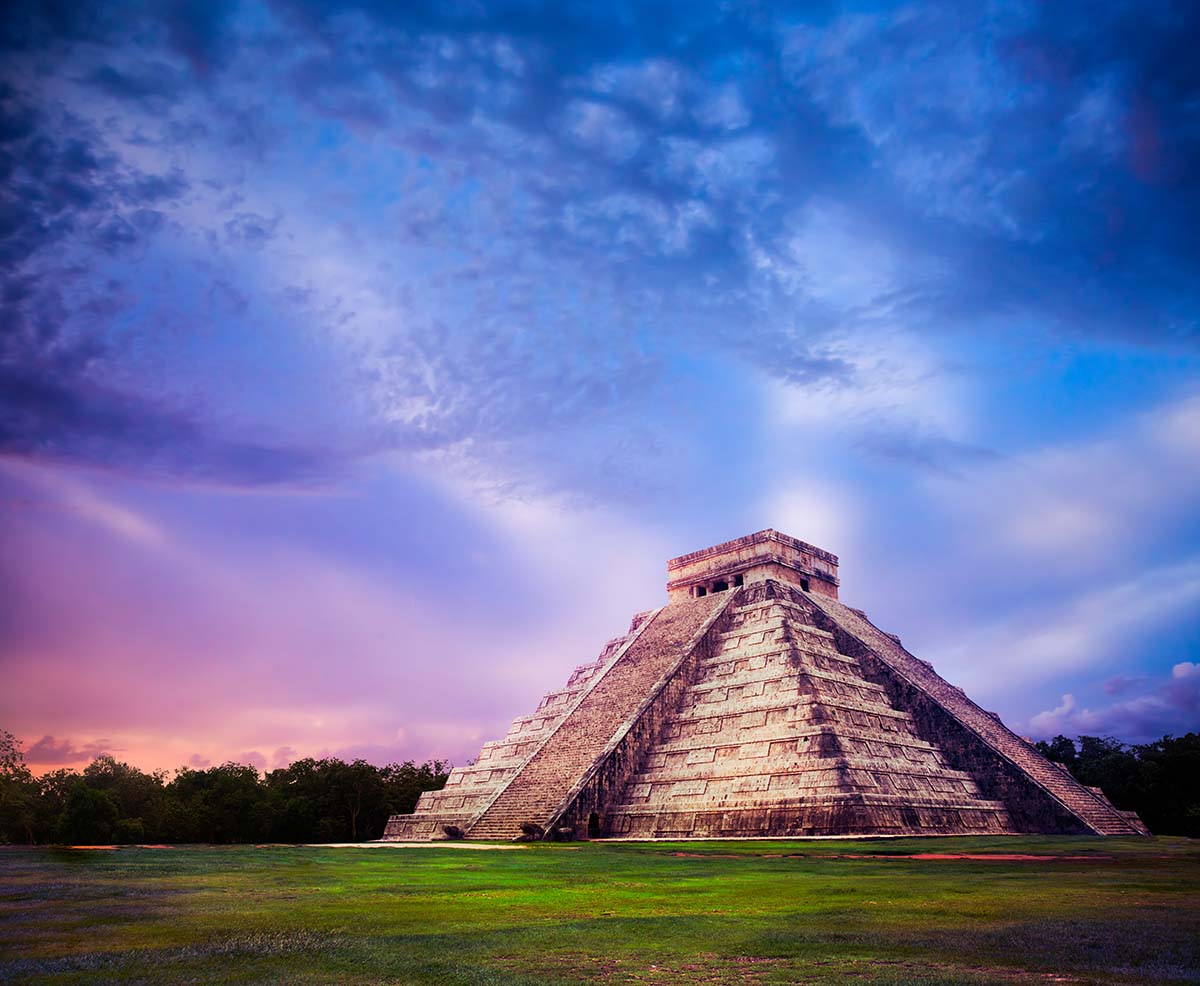 Named one of the “New 7 wonders of the World” in 2001, Chichen Itza is a spectacular archeological site situated just 2 ½ hours from Cancun, Mexico. Each year on the spring equinox, the angel of the setting sun will create a shadow in the shape of a serpent that is a sight to see! Will you be in Cancun area on March 20th? If so, make your plans now to see this incredible image for yourself in person.

Chichen Itza is an UNESCO World Heritage site surrounded by the lush jungle of the Yucatan peninsula. Historians name Chichen Itza as the most important Mayan capital city during the Classic Period. It is also the largest archeological city on the Yucatan Peninsula, and many of the city’s original structures are still in good condition. Visitors to Cancun can’t miss Chichen Itza as it is one of the most magical and spectacular Mayan ruins in Mexico. In fact, it is one of the most popular tourist destination on the Yucatan Peninsula.

The most well known structure is El Castillo, also known as the Temple of Kukulcan, which is an enormous pyramid found in the center of Chichen Itza.  The huge stepped pyramid is visible from nearly every location throughout the ruins. The 6.5 square km old city prospered from about 600 AD inoo the 13th century. Many of the original graphic stone carvings survived and can be enjoyed by visitors today.  Not miss highlights of Chichen Itza include the ball field, the Temple of the Warriors, and the Wall of the Skulls. Bring your hat and sunscreen if you tour the ruins during the day as temperatures can be very warm. If you are able to stay into the evening, you will be rewarded with an awe inspiring lights and sound show that illuminate the intricate architecture of the stone buildings and structures.

Book a Tour or Explore on Your Own

There are several tour operators that provide group tours to Chichen Itza. Many leave from Cancun early in the morning, and return in the evening so you can have a full day of fun and adventure at the ruins. If you decide to book a tour, you will enjoy air conditioned transport to and from the ruins. In addition, you will have the added benefit of a tour guide who will provide background information and interesting facts about the ruins. Public transportation is also available if you prefer to make your own travel arrangements. Once you arrive, feel free to walk the ruins on your own so you can explore each nook and cranny at your own pace. Step back in time as you admire the rich history of the site that was once the largest Mayan empire in Central America.

Whether or not you can make it to the ruins to catch a glimpse of the incredible Spring Equinox shadow serpent on March 20th, a visit to Chichen Itza is a must do activity in Cancun.