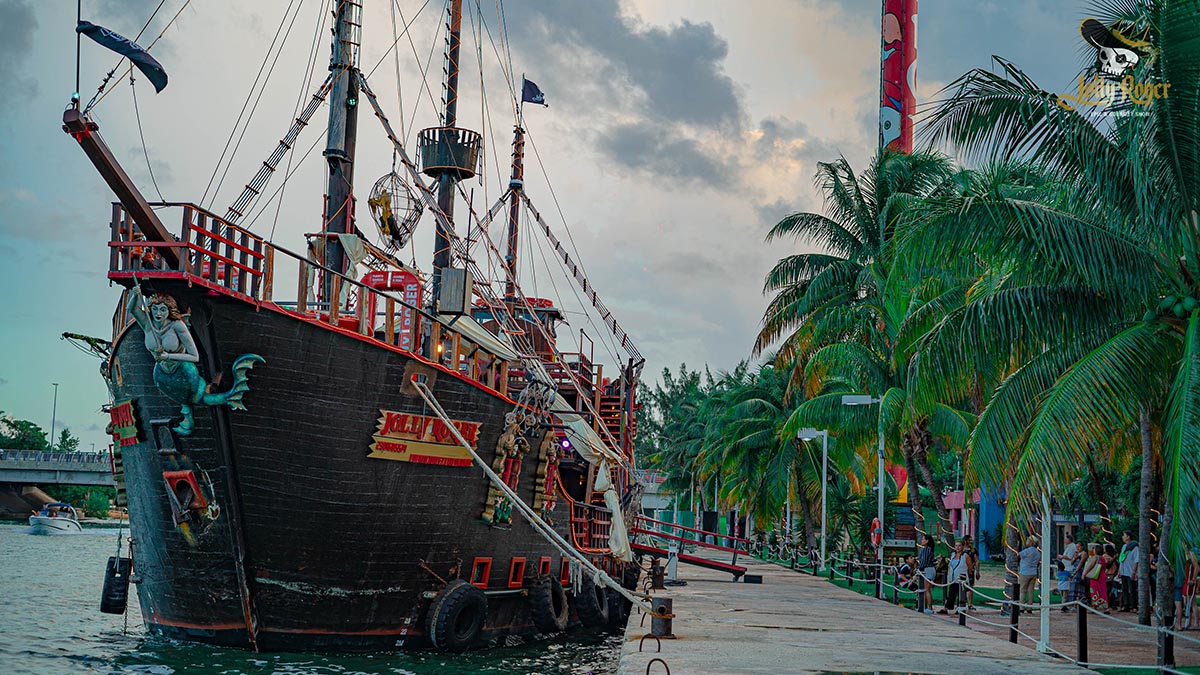 Are you wondering where to celebrate this New Years Eve? December is here and it won’t be long before we are saying farewell to the year 2019. Get ready to welcome 2020 with open arms and book a top Cancun tour with the Jolly Roger pirate ship. Tour attendees will love cruising the Carribean sea as they enjoy world class entertainment, a gourmet dinner and a deluxe premium open bar. Right now, adults and children will enjoy a 10% discount on the Jolly Roger pirate ship adventure tours through the end of the year. Don’t hesitate! Reserve your spot on the Jolly Roger to celebrate New Years 2020. It’s sure to be a memorable evening of pirate antics, excitement and fun! 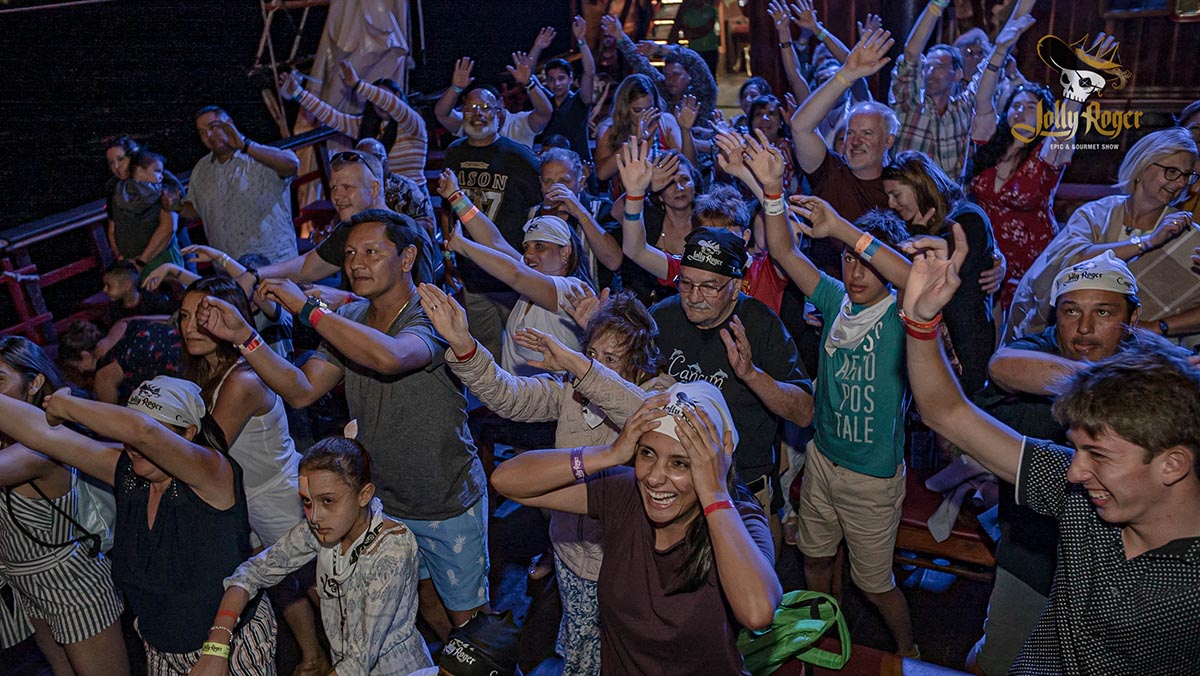 The Jolly Roger pirate ship is one of the most popular Cancun tours because it perfectly combines adventure and entertainment. Get ready to watch a dynamic battle and listen to a twisted tale of betrayal as you cruise the Carribean Sea in style. Dramatic acrobatic fights will wow guests as pirates engage in combat that includes pirates swinging from ropes, live cannon fire and heart racing gunpowder explosions. Right now, Jolly Roger pirate ship tours are available at a 10% discount through the end of the year for a special New Years promotion. Don’t miss out so you and your loved ones can experience this top Cancun tour for yourself.  Enjoy a delicious gourmet dinner and full open bar as you watch the show. Adults and children alike will be entertained by the lively pirate show and nonstop action. Even the historically accurate 17th century replica ship will truly impress guests. 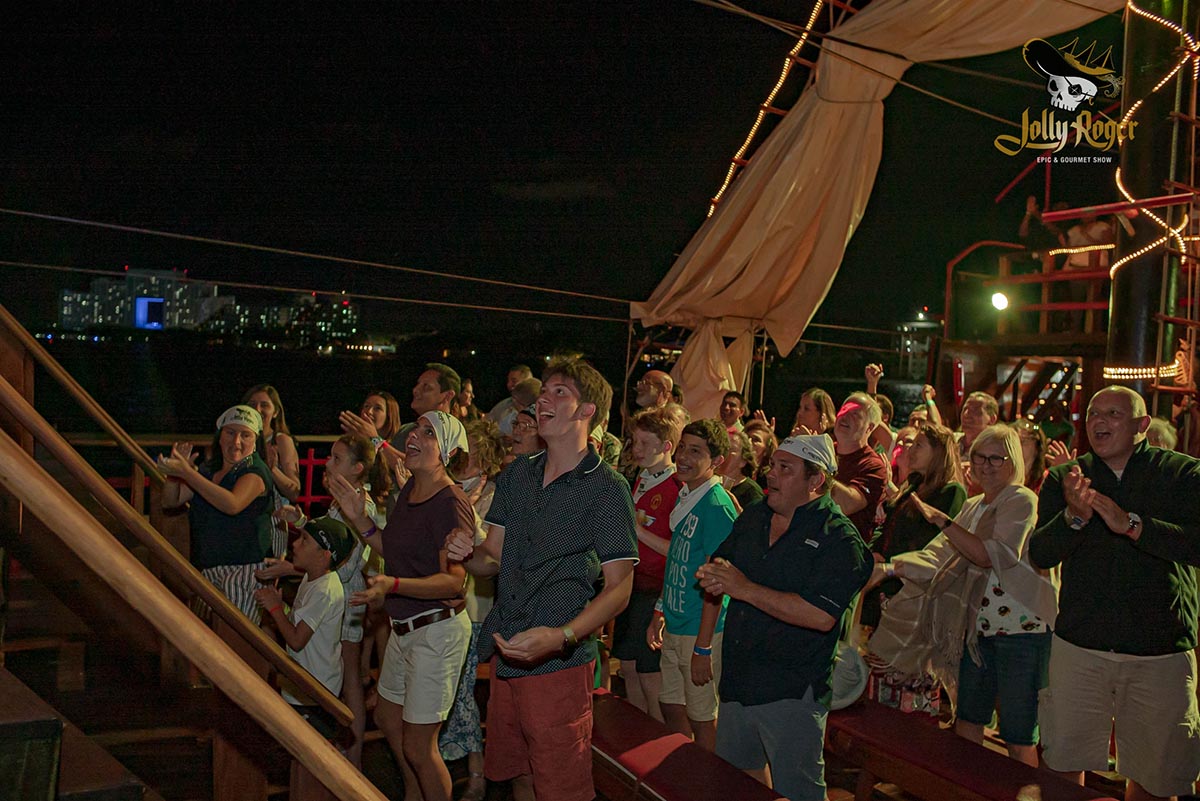 On the Jolly Roger Cancun tour, guests will be entertained by Pirate Captain Jack Black as he desperately searches for the Golden Fleece. Guests will find themselves on the edge of their seats as Capitan Jack Black works tirelessly to reverse the curse he received when he stole treasure from Pirate Captain Olenes of Tortuga Island. As a result, Pirate Olenes cursed Captain Jack Black to suffer a slow and deadly transformation into a despicable sea creature. Legend claimed that only the Golden Fleece had a powerful amulet which could reverse the malignant spell. However, if the amulet is not found before the 120th full moon, the spell will become irreversible. On the Jolly Roger pirate ship tour, guests will accompany Jack Black on his adventure towards the Bay of Hope on Cocos Island where the famed Golden Fleece treasure is supposedly hidden. Live pirate shows and animated interaction will entail as the Jolly Roger cruises the stunning Caribbean Sea. Remember, book your Jolly Roger pirate ship tickets now to take advantage of the New Year 10% discount.

Do you want to enjoy the best Cancun tour that will have the whole family in fits and giggles? Get ready to cruise the Carribean sea as you feast on a delicious gourmet dinner and premium open bar.  It won’t be long until 2019 is a memory as we welcome the New Year. Don’t forget, adults and children will enjoy a 10% discount on the Jolly Roger pirate ship adventure tours through the end of the year. Ring in 2020 with a bang and book your Jolly Roger pirate ship adventure Cancun tour today!