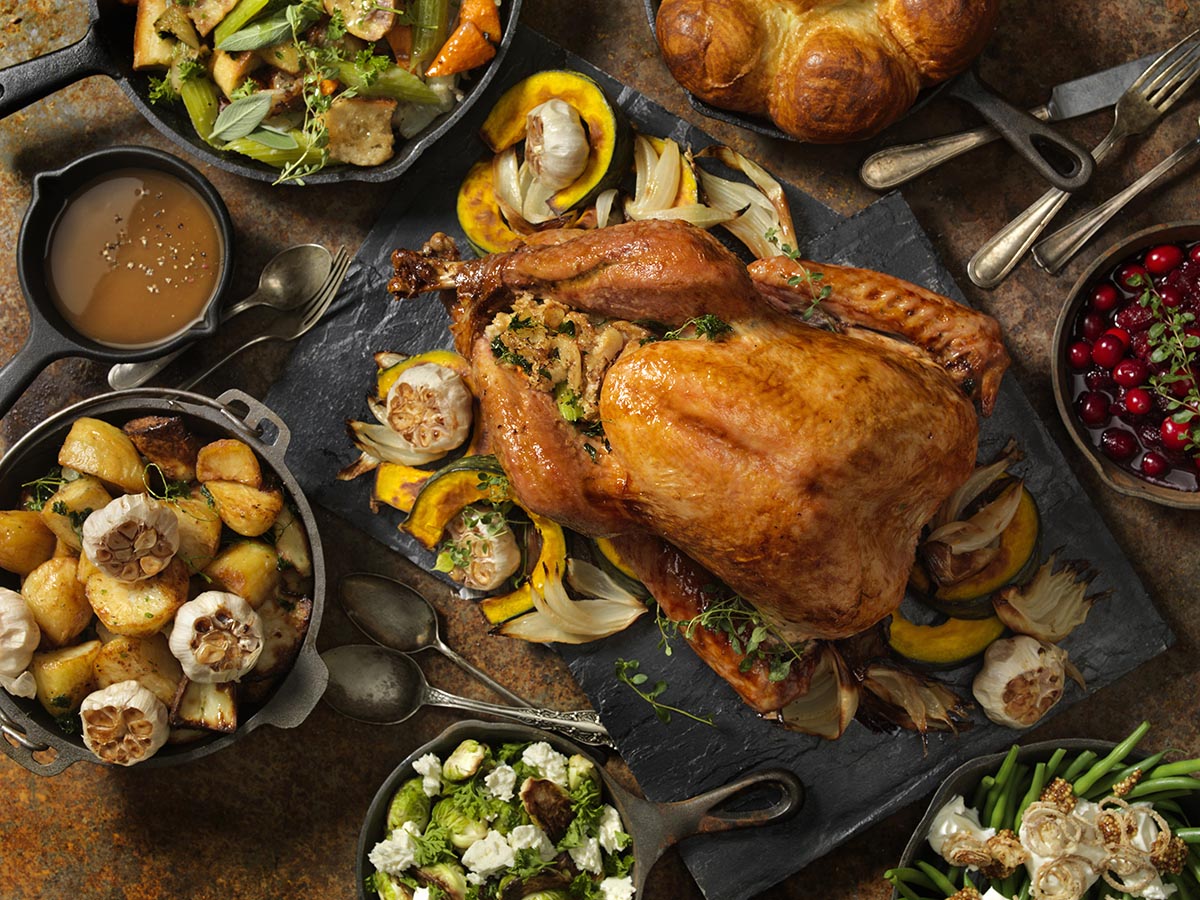 While Thanksgiving isn’t a typical holiday in Mexico, the influence of more than 1 million American citizens who have moved from the U.S. to Mexico have made the holiday well known in recent years. Today, this festive occasion is becoming increasingly popular in Cancun and across Mexico, not just among expats but among native Mexicans who lived in the U.S. before moving back home.  Are you planning to vacation in Cancun soon and want to celebrate Thanksgiving on Thursday, Nov. 28th, 2019? If you are staying in a suite at a resort you may even be able to prepare a meal in the privacy of your vacation rental. However, if you don’t have a kitchen in your vacation rental or simply aren’t in the mood to cook, there are lots of restaurants in Cancun that will offer special Thanksgiving dinners. Read more to learn about Thanksgiving in Cancun.

Did you know that Thanksgiving traditions practiced in Mexico are very similar to those in America, but there are some differences as well. For example, both in the U.S. and in Mexico, Thanksgiving celebrations have a harvest season theme. This usually is represented through decorations including fall leaves, pumpkins, assorted fruits, regional flowers, and autumn toned color schemes. In Cancun and across Mexico and the U.S., Thanksgiving is a time where people give thanks for their blessings and spend quality time with their loved ones. If you are on vacation in Cancun during Thanksgiving, and find yourself invited to a Thanksgiving meal, you should know it is also common practice for guests at a Thanksgiving meal to each say a short prayer of gratitude before the meal commences. Religion plays a significant role in Mexican Thanksgiving since more than 82% of the Mexican population identifies as Catholic.

What’s on the Menu? Thanksgiving in Mexico

If you want to enjoy a traditional American style Thanksgiving meal, you can expect to eat cooked turkey, stuffing, mashed potatoes & gravy, vegetables and cranberry sauce. In Cancun and across Mexico, many restaurants have added their own flair with foods that make Thanksgiving in Mexico different and unique. Did you know that individuals that celebrate Thanksgiving in Mexico may prepare traditional dishes such as marinated roast pork instead of a turkey? If turkey is on the menu, it may be dressed up with a spicy green mole or spicy chipotle peppers may be used as a marinade for a bolt of flavor. Other foods enjoyed during Thanksgiving in Cancun may include turkey enchiladas, chorizo pumpkin soup or candied pumpkin for dessert. Cranberries are not readily available in the area so tangy kumquat may be substituted instead. Also, squash bread pudding with rum sauce and tres leches pumpkin flan may be on the dessert menu instead of the traditional pumpkin pie you find in the U.S.. Not sure where to go for dinner in Cancun on your vacation to Mexico? If you’re looking for the traditional turkey fare, you will be happy to know that many restaurants and resorts in Cancun will feature Thanksgiving specials and happily welcome expats, vacationers, and locals. Are you going to be in Cancun during the Thanksgiving holiday this year? If so, make sure to take part in the area’s festivities and celebrate the rich traditions that bring both natives and foreigners together.